Washington, a former stripper, was at the center of drama during season 6 of “LHHATL” after she allegedly got pregnant by Frost while he was still with his wife Rasheeda Frost. Kirk, 49, took a paternity test which confirmed that he was indeed the father of Washington’s son Kannon. The father of seven has only posted a picture of Kannon a few times on social media, which led fans to wonder if whether or not Kirk was still in the 2-year-old’s life.

However, Washington took to Instagram this weekend and gave an update on Kirk’s parental relationship with baby Kannon and whether he still visits the toddler. A few fans commended Kirk for standing up and being a father to his son.

“Well at least he sees his kid and stepping up to the plate, “one fan wrote.

Another added, “He been seeing that boy at least he being a man.”

Kirk sent the Internet into overdrive last year after he posted a photo of he and Kannon  for the first time on his social media. Last year was reportedly Kirk’s first time meeting his 2-year-old son. 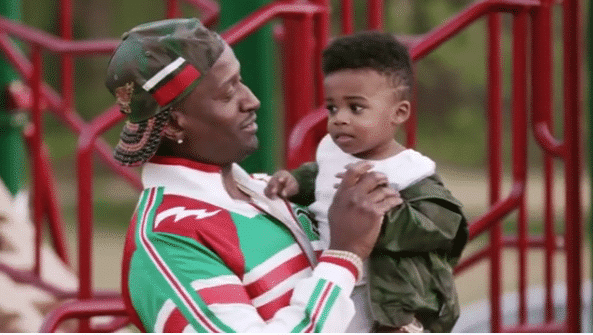 Washington and Kirk’s affair definitely put a strain on the 49-year-old’s marriage with Rasheeda. The couple legally separated for months after Kirk’s cheating scandal came to light. However, she forgave her husband for his infidelity and chose to repair their marriage.

Washington has tried to sit down and apologize to Rasheeda, but the “Boss Chick” wasn’t hearing it. During LHHATL’s season 7 reunion, she accused Washington of trying to act like the “victim” and told her to keep her legs close to “married men.” Washington snapped back that she “didn’t get pregnant” by herself and blamed Kirk for stepping out on his marriage to Rasheeda.