Michael Strahan has agreed to take a trip to the edge of space.

The “Good Morning America” host shared the news on the show on Tuesday, Nov. 23, that he will be boarding Jeff Bezos’ ship Blue Origin on Dec. 9.

On the show, he said, “In less than three weeks on Dec. 9, I will be blasting off in the next Blue Origin Space launch! I’m going to space I have been preparing for this.” Briefly explaining how the opportunity came about, he said, “[Blue Origin] approached me and they asked if I wanted to be a crew member. Without hesitation I said, ‘Yes.’”

In their Tuesday announcement, Blue Origin revealed that Strahan would be joined by Laura Shepard Churchley, whose father, Alan Shepard, was the first American to fly to space. Strahan and Churchley, who are listed as guests of Blue Origin’s third flight to space, will be joined by four other paying customers.

Strahan spoke more about his interest in the Blue Origin trip. He said, “I believe that this is the way of being innovative, creative, pioneers in aviation, now space travel. And it’s going to take a while but I do believe that it will bring a lot of technological breakthroughs and also innovations to us here on Earth, and I just want to be a part of it.”

Not everyone who has been offered has agreed to go on the travel to space. Famed comedian Kevin Hart explained from his show “Straight from the Hart” that he was given the opportunity but turned it down due to the risks.

“I said, ‘I would love to know the record of space shuttles that made it versus the ones that didn’t. What’s the record of success versus non-success?’ And that’s my reason. That number is too close. It’s not a crazy upside down number one way or the other. It’s too f—–g close, and that’s that for me,” he said.

‘A Dream Realized’: Astronaut Jessica Watkins to Make History as First Black Woman to Complete an Extended Mission at the International Space Station

Kyle Kuzma Gets Roasted On Social Media For His Pregame ‘Fit | Have We Gone Too Far With “Fashion”? 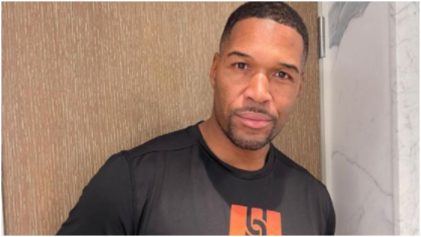