A new year marks a return to form for comedian Steve Harvey.

The talk show host grew out a beard during a lengthy European family vacation last summer. After sporting the salt-and-pepper look over the past several months, he’s now gone back to a clean-shaven face plus his signature mustache.

“Guess who’s back,” he said on his Instagram page Feb. 11, which accompanied a photo of him and wife Marjorie Harvey cruising down the road. 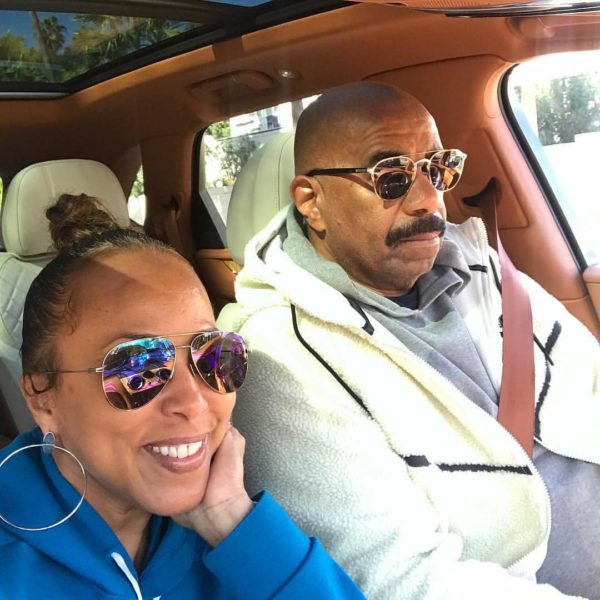 Several fans weren’t too pleased to see that the “Steve” host dropped the beard many have come to admire.

“You honestly killed the beard look Steve. It will be missed.”

“The beard was sexy and distinguished. Loved the salt and pepper look on him. He said the beard was your Idea and it was a good one.”

“Steve go back to em white beard face is cute and younger than em moustache…believe me.”

Those who were displeased have Harvey’s better half to thank for the change. She took full credit when she shared the same photo on her Instagram page that day.

However, much like when Steve first grew out the beard, some felt delighted about his newly shaven face.

“@iamsteveharveytv life is too short to have boring beards. 😂”

“Thank you Majorie. I don’t know why he wanna look like old bum.”

Harvey initially debuted the beard in August and asked fans what they thought of it.

“In Paris doing radio, coming back home soon and I will be taking votes on keeping the beard or not,” he said on Instagram at the time.

When the debut episode of “Steve” premiered the next month, the host explained the change was his wife’s doing.

“All-new show. New look. You can tell, huh? OK, we’ll see how that goes. The wife likes it, so pretty much, she’s a determining factor here,” he said. “But, you know, it’s time to change. Time to reinvent yourself.”

While folks had mixed opinions, he continued to keep the new look and later explained that the moment his wife wanted it gone he’d make it happen.