Sha’Carri Richardson’s first and highly anticipated performance following her controversial suspension from competition before the Tokyo Olympics went far worse than an athlete with her profile would’ve wanted. A recent offer from a hotel owner in Jamaica seemingly was meant to cheer up the young sprinter, but many on social media weren’t convinced the gesture was genuine.

On Saturday, Aug. 21, the 21-year-old suffered a devasting loss at the Prefontaine Classic in Eugene, Oregon, finishing in last place in the women’s 100 meters as Jamaica’s Elaine Thompson-Herah overwhelmed the field. The two-time Olympic gold medalist ran the second-fastest women’s 100 meters in history in 10.54 seconds, topping the 10.61-second time that earned her her second Olympic gold medal in last month’s Tokyo Games. Rounding out the top three were her Olympic teammates, Shelly-Ann Fraser-Pryce (10.73) and Shericka Jackson (10.76), who also finished second and third, respectively, in Tokyo.

The business owner told the Jamaica Gleaner he believed the Nike signee needed a spiritual and emotional cleanse and that the offer fell in line with his religious beliefs. “I know of the challenges that athletes sometimes face, and it is in the spirit of goodwill for her healing and restoration that I am making this offer,” he explained. “We’re a forgiving people, and the right and human thing to do is to push the unfortunate comments aside and help this young lady find her feet.”

By Tuesday, Richardson seemingly responded to the opportunity when she shared two photos on her Instagram Story. One clip featured a boat ride down what appeared to be a river. She tagged the boomerang, “been there, done that.” In another snap, the track star was taking a selfie in a hotel room wearing a baby blue cutout swimsuit, sporting long black hair. She tagged her location to be Couple Tower Isle Resort, Jamaica, with the caption “Loved ittttt.”

Many fans on social media called out Allen, saying his offer was a jab at the former Louisiana State University star. One Twitter user wrote, “She got beat [by] Jamaicans. If she accept that’s ultimate disrespect. That’s like getting your ass beat, then the n-gga invite you for dinner.”

“Fi wah reason… What purpose does this serve..” said another. “Unuh a idiot… We had 4 athletes who finished above her … We also had many athletes who did not medal in the Olympics …why not offer them things as good gesture. Who ever brainstorm this idea fire them.”

Meanwhile, some observers highlighted how beloved Richardson became after winning the women’s 100 meters two months ago at the U.S Olympic Track Field Trials, only to be discarded after Saturday’s competition debacle.

“Today’s Speak-out, aka Hypocrisy 101 Just a few days ago, Sha’Carri Richardson was considered the next Flojo.”  They added, “Now that she finished last at the Prefontaine Classic and got a wicked beatdown by the Jamaicans, people have turned against.”

After Saturday’s race, Richardson heatedly told reporters she was using her loss as motivation for her future races, although that spirit did not seem to carry over to that day’s meet, as she later withdrew from the 200 meters event in the Prefontaine Classic. She subsequently apologized for her reaction after the race and sent warm wishes to all the other athletes. 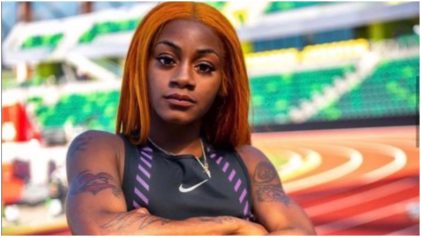 ‘U Never Learn’: Sprinter Sha’Carri Richardson Claps Back at People Who are Bothered by Her Comment About Tokyo Olympics