Fans of Keyshia Ka’Oir are holding her relationship with rapper Gucci Mane in high regard.

Ka’Oir and her husband Gucci have been through a few hardships in their journey together, but Ka’Oir managed to stay by the rapper’s side. On Jan. 14, she shared a throwback photo of she and her husband compared to a recent one of them for the “10 Year” social media craze.

“I don’t play about minezzz! #10YearsStrong❣️💪,” the 34-year-old mother captioned the image of she and Gucci. 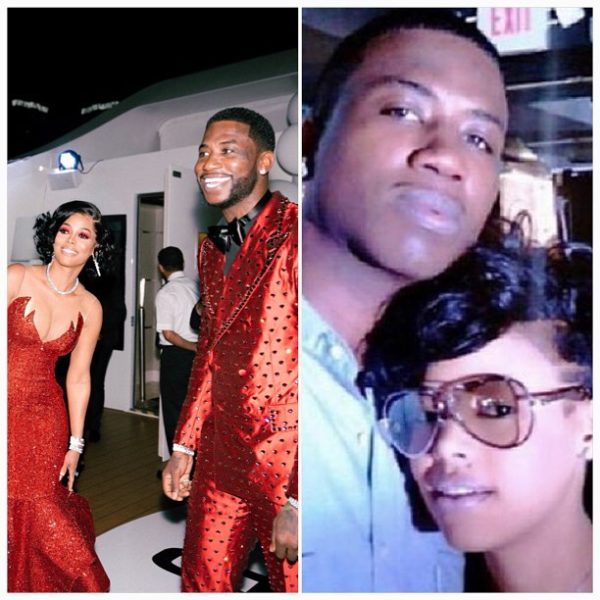 In admiration of the couple’s tight-knitted relationship, one fan wrote, “This makes me believe in love. 💓 keyshia always there.”

Another fan commended Ka’Oir for sticking out her relationship with Gucci despite his past legal troubles.

“Held him down for 10 years now that’s loyalty,” the person added. “Lawd you leveled him up very well!!! Yall are gorgeous 🔥.”

Another person praised the former video vixen for her loyalty to Gucci.

“Amazing. Agape love. Stood thru it all #blessings #Black love ❤️. May God continue blessing you all with many many more years ahead.”

In 2013, Ka’Oir proved just how loyal she was to Gucci after she stuck by his side amid his prison sentence. The couple had only been dating for two years before he was sentenced to 27 months behind bars for federal drug and gun charges.

“He did not pay me to be faithful. That is just dumb,” she told The Post in 2017. “Gucci is not that type of a man. … I did have more money for him when he came home, and I will just leave it at that.”

Ka’Oir mentioned in a separate interview with Fader in that it was hard being away from her husband during holidays, but she never once cried to him on the phone about it. “Him being locked up over the years was hard at times, especially around birthdays and Valentine’s Day and Christmas,” she said. “Those days were a bit down for me. But I knew that he was going through more than I was, so I had to be strong for him. At the end of the day, he’s a human being. Even though I’m a woman, I never broke down. I never cried to him on the phone.”

The Atlanta rapper was released in 2016 and asked Ka’Oir to marry him later that November. The two officially tied the knot in October 2017. They do not share any children together, but Ka’Oir has three kids from a prior relationship and Gucci also has a son from one.