The City Girls’ Yung Miami was recently given a new Mercedes G Wagon by the music producer Southside after it seemed their relationship was over.

A few days before Christmas, Southside revealed that he and Miami weren’t together anymore. Reports of the two dating surfaced in early December, but something happened that made Miami say she was single, which angered Southside incredibly. 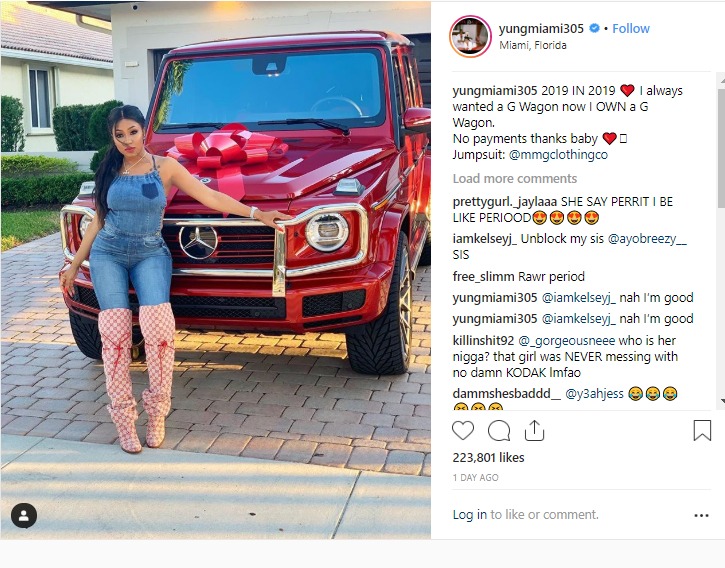 “Nobody don’t give a f— if you single,” he added. “Who cares? No one is going to wife you, sweetie. They see what you really look like without your wig on and sh–, there not going to want to f— with you.”

The Houston producer also claimed he had a baby on the way, so he wasn’t worried about the breakup at all.

Who knows how long it actually took for the couple to repair things, or if the G Wagon helped Miami forgive Southside for the rant, but either way, she seemed excited to have a Benz of her very own.

Some people clowned Southside for dissing his girlfriend like he did, then buying her a new car. But others said it’s normal for that to happen, and he and Miami are no different from other couples.

“This guy was in his feelings ’cause she said she was single,” one person wrote. “So he went on Live calling her all types of sh–, saying he got another baby on the way.”

“Couples argue all the time,” wrote another. “If he’s happy and she’s happy that’s all what matters.”