Shereé Whitfield is plowing ahead to get her She by Shereé clothing line into gear and has dropped a new set of promo photos giving fans a glimpse of the apparel — joggers and all.

However, some have continued to make fun of the former “Real Housewives of Atlanta” star for her delayed release of the line.

“SLAY SIS! 😍 Congrats to our OG boo #ShereeWhitfield on her #SheBySheree athleisure 2019 Spring/Summer collection coming soon! Shout out to the amazing @mrdblanks for these shots! 👏🏾 #RHOA,” a housewives fan account captioned a set of images for Whitfield’s revamped clothing line. Whitefield has long promised the apparel will be released in September, initially stammering about the debut during the April RHOA season 10 reunion.

But September came and went and fans have still not been able to purchase and clothes from She By Shereé. This is even after a website was launched in support of the brand following Whitfield dropping a controversial teaser for her items.

The constant uncertainty surrounding the line has led several fans to react poorly to the newly released photos.

“Are these actually her clothes or did she swing by local boutiques at the shopping mall and throw things together she wants for her collection?”

“Now we done waited 10 years for some sweats?!”

“🤔🤔🤔🤔 Who gonna be wearing that shit during spring/summer, especially in hot ass Georgia 🤣.”

“I’m TIRED of these She by Sheree PHOTOSHOOTS!!! Just show me a functioning website & I’ll order something for ‘GP.’ Been waiting on this damn line for ELEVEN YEARS. LITERALLY!!! She was introduced to us as ‘the woman who had the fashion show, with NO FASHIONS’ 😒🥵”

Still, some fans praised the shots.

“It always pays to wait, patient is the key.. awesome outfits @shereewhitfield congratulations.” 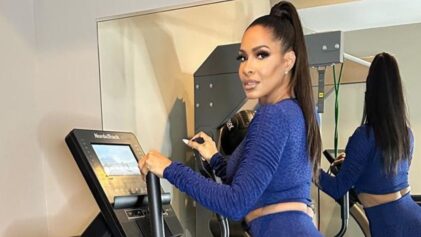