Reality star Joseline Hernandez may have a new love interest in her life, but according to the Internet, he’s non-existent.

Hernandez has been hinting on social media of a possible new “man” in her life over the past few weeks. The “Puerto Rican Princess” recently uploaded a video showing off her bling, but the caption had fans raising an eyebrow. The star flaunted her diamond-studded bracelet and ring on camera and wrote, “When the love is real.” 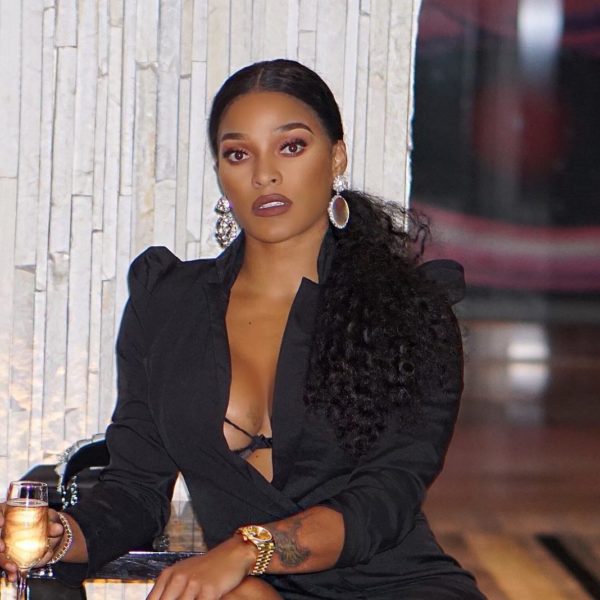 The former “Love and Hip Hop: Atlanta” celeb shared another picture with her following and captioned the image, “When he text:I’m pulling in thru the back throw something on! Sand Bar I’m on the way!”

Many of Hernandez’s fans questioned her mystery boo and asked, “What’s his name again?”

However, the star’s social media base accused her of trying to make ex-boyfriend Stevie J. jealous and said her new “love” is make-believe.

“Always talking about real love where the man at she never show him she need to stop for real she’s so jealous of Stevie and faith is driving her nuts just like she is a squirrel trying to catch a nut,” one naysayer wrote.

“Joseline you are doing too much girl you wearing the ring where’s the man who give it to you it’s sure ain’t Steebie you’re so desperate you need to stop girl,” one fan added.

“Where’s your imaginary man draw us a picture of him or something😂😂.”

“Move on Joseline there some one out there for you ❤️.”

Another fan added, “She’s so jealous of Stevie and Faith she don’t even have real love where’s the man she always talking about do anybody do she ever show him.”

Hernandez and Stevie J. dated off and on for years. The couple gave birth to one-year-old Bonnie Bella but called it quits in 2016. The Latin artist has been extremely opinionated about Stevie J.’s new marriage to Faith Evans and accused their union of being fake.

The star will be appearing back on reality TV for her now show “Joseline Takes Miami.”

When the love is real ‘You Went From Sexy to Sexy’: Fans Criticize and Cheer on Joseline Hernandez as She Does Her Own Version of the ‘Buss It Challenge’