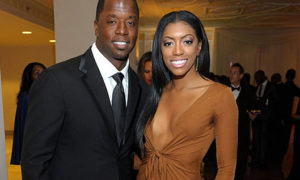 If we had to guess the soundtrack to Porsha Williams’ life right now, Destiny’s Child’s “Independent Women” would definitely be on there.

“The Real Housewives of Atlanta” star, who finalized her divorce from NFL star Kordell Stewart in December, didn’t receive anything from the public split—because that’s what she wanted. Williams set the record straight on what happened with her failed marriage during an appearance on “Bethenny.”

“I didn’t ask for anything. Right now in the press it’s, ‘Porsha didn’t get anything, poor Porsha,’ and people are feeling sorry for me because I didn’t get anything and they think that we went to trial and I lost,” Williams began.

“I didn’t go to trial, I chose not to go to court. So there was no judgement. What happened was…it just tore me apart to go through this divorce, it really did. It was so traumatic and it ruled over my life. I woke up…I’m divorcing, every single day and I wanted the freedom. I wanted to be done with it so before we had court the next week, I woke up, called my attorney, we were scheduled for court, to go to court and me plead my side and he plead his side.”

That little tidbit stunned Bethenny Frankel, who pointed out that Williams lived a life of luxury yet didn’t have health insurance?

“Listen, I had insurance on myself after the divorce, but the debt we had was for insurance. Remember, I wasn’t working,” Porsha explained. “The debt was there still from insurance bills. That’s what I wanted him to pay. That’s it, that’s all I asked him to do and I got my car. Yeah, and he did that. I am good. I have health insurance now. I’m completely independent.”