Just when fans thought that Savannah James‘ beauty had reached its peak, the 36-year-old left them stunned after debuting a new look on Sept. 7.

In an Instagram post shared on her hairstylist @tropixbraids’ page, James, who sported a causal ensemble including a “Boyz N The Hood” T-shirt and black sweats, was seen flaunting her blond braids as she posed for the camera.

Although no additional details behind James’ new look were provided other than her indicating she personally wanted a change, her hairstylist did mention in the caption how naturally beautiful the mother of three is.

As fans viewed the video, many commented on how wonderful James looked. One individual went as far as to claim that because of James’ effortless looks in the past that her “other name” should be beauty.

“This woman is always giving. Beauty is her other name.”

This post comes a week after James commemorated her 36th birthday. On Aug. 27, James shared a couple of images from her birthday shoot, which featured her wearing a black dress, gold jewelry pieces and black heels. At the same time, James informed her followers in the caption about what she plans to do now that she is a year older.

She wrote, “Happy Birthday to me!!! Beyond grateful for the woman I’ve become, and the journey I’m continuously on to be the best mother, wife, daughter, sister and friend I can be. #CheersTo36 #AgingLikeWine.” 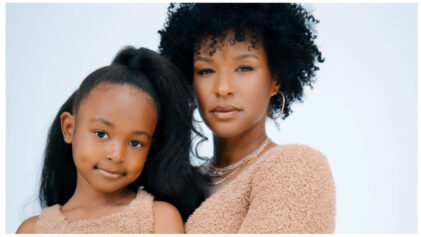