In an interview this week with Page Six, the Chicago native said, “It’s a blessing to be known as the original Aunt Vivian … it does warm my heart.”

“I mean, yes, I created her. I gave her the bones,” she continued. “But they wanted a whole different look than what was me.”

Hubert said many were surprised she initially auditioned for the mother role on the show. She said, “everybody kept saying, ‘Who are you auditioning for?’ I would say, ‘the mother,’ and they said, ‘Really?’

“I said, ‘Oh my God! I’m getting a migraine, ’cause I was like you ain’t getting this job.’ So I could care less. So I went in and I just nailed it.”

Hubert beleived she landed the part because, “they [production] said it was not what you did with the lines, it’s what you did in between the lines. Sometimes it’s all the nuances of characters.”

She adds, “So you can walk in and change their mind because they don’t know what they want until you walk in.”

Although she showcased her confidence as a Black woman, Hubert also shared that her skin complexion created a “barrier” for other roles she’d audition for.

“I grew up in the ’70s. I was in the business in the ’70s and college in the ’70s and the ’80s … I remember auditioning for certain jobs where they would say, ‘Well she’s really great, but she’s so dark.'” She added, “It never destroyed me because I felt that my black is my beauty.”

Hubert’s role as Vivian “Aunt Viv” Banks was recast after season three of the “Fresh of Prince of Bel-Air” in 1993. Her departure from the show, including her replacement Daphne Maxwell Reid, led to a nearly three-decades-long feud with Smith.

Hubert and Smith reconciled in the 2020 “Fresh Prince of Bel-Air” reunion special that debuted on HBO Max, where the actress reiterated that she blamed Smith for being blackballed from the industry. Eventually, she landed roles on “The Bernie Mac Show, “One Life to Live,” and Tyler Perry‘s “If Loving You Is Wrong,” amongst others.

Looking on her past roles, Hubert said, “There’s a show for everyone, there’s a place for everyone. You have to make them see you.”

“I remember auditioning for ‘The Wiz,’ and getting cut three times. … Then, lo and behold, the person who cut me turned out to be the very same choreographer that choreographed [a] dance number on ‘The Fresh Prince,'” she explained.

“He said to me, ‘the reason I cut you was because you were not ready, baby. Those girls were gonna eat you alive.’ So I was all of, like, 21, 22 at the time, and had no kind of experience. You can change their minds, and if you can’t change their minds, then be gone.” 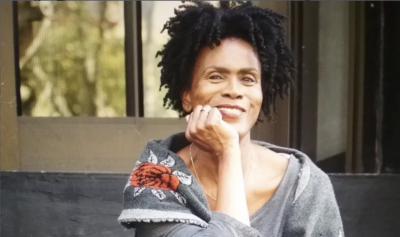