Halle Berry is starring in an upcoming Netflix drama and also stepping behind the camera to direct for the first time, however, the movie that fans will watch had to be completely reworked because it was originally created with a younger white actress in mind.

Berry’s upcoming Netflix film “Bruised” marks her directorial debut, but it was originally written with Blake Lively in mind to star. After the “Gossip Girl” actress passed on the project, the Oscar winner pitched a slightly different twist on the original concept to producer Basil Iwanyk, who gave her the green light to find a director.

“They gave me the script and I loved the story, but it was written for a twentysomething Irish Catholic white woman,” she told Entertainment Weekly. “I couldn’t get it out of my mind, so I thought, is it possible that this could be reimagined for someone like me?”

“Because I think I have a take on it that could actually work — making it about a middle-aged Black woman, someone fighting for a last chance rather than another chance,” she continued. “When you’re young we all get chances, they’re a dime a dozen. But when you’re at a certain stage in life it becomes something more impactful and meaningful, right? So about six months later when [Lively] decided in her own time that it wasn’t for her, I went to the producer, Basil Iwanyk, who I’d just done ‘John Wick 3’ with, and gave him my pitch. And he said, ‘Great, we love that idea. Now go find a director.'”

After meeting with over a dozen potential directors and not finding quite the right fit, Berry decided to helm the project herself, in addition to starring in it.

The actress went the extra mile to bring her vision of an MMA redemption story to life, including going so hard during a big fight scene that she cracked two ribs during filming but refused to stop the shoot.

“I didn’t want to stop because I had prepared for so long,” she said. “We had rehearsed; we were ready. So my mind, my director’s mind, was just — keep going. And I compartmentalized that, and I just kept going: ‘I’m not going to stop. I’ve come too far. I’m going to act as if this isn’t hurting. I’m going to will myself through it.’ And so we did.” 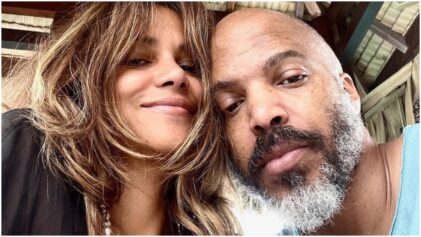