LaToya Ali‘s mean girl past has finally caught up to her after an old video resurfaced which featured the “Real Housewives of Atlanta” newbie making malicious remarks about a former friend.

In the clip that has since gone viral, the reality star is heard describing her friend as being “super ghetto” and having “huge Donkey Kong lips.” LaToya even featured a cartoon for dramatic effect. She implored fans to “close your eyes and just imagine a face with two pillowcases as lips” before clapping her arms together. She added, “She wore single braids, and every time she would swing her hair, a braid would fall out. You see that braid that’s just lingering around in your neighborhood, yea, it’s probably hers.”

The online influencer removed the video titled “STORYTIME: THE TIME I BEAT UP MY BEST FRIEND” from her YouTube account, however, social media users were able to record a brief portion of it before it was taken down.

One Twitter user who seemingly initially shared the clip wrote, “I watched one of l*t*ya for*v*r videos to see what her YT give and sis describes her ex ‘friend’ like this what in the anti black hell.” The post received over 10,000 likes from critics who flooded the mentions section accusing the reality star of being anti-Black.

One person wrote, “What’s crazy is after this she went to get her lips done and almost exclusively wears braids  🥴 sounds like jealousy.”

Another user commented, “@latoyaforever is a colorist… #RHOA.” The person also accused LaToya of “weaponizing her light skin.”

“Donkey Kong don’t even have lips…” a third person pointed out.

Meanwhile, others expressed their disappointment in the star, including one person who wrote, “I used to watch her when I was younger but never paid attention. i’m happy y’all are bringing this up and addressing the issue.” They added, “I really do hope this video does not promote young black girls to hate their BEAUTIFUL black features.”

Another person chimed in, saying, “Same I watched her before she got pregnant and then she became really corny and I unfollowed.”

Several people have called on series showrunner Andy Cohen to remove LaToya from the show. LaToya has yet to address this dust-up. 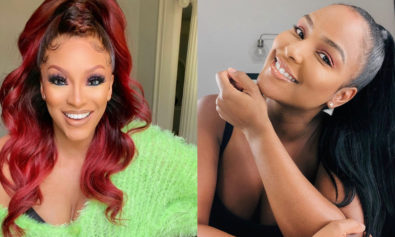 ‘LaToya Is Still Being Shady’: Drew Sidora and LaToya Ali Set Aside Their Beef on Twitter, But Fans are Skeptical ‘Drew Doing Too Much’: ‘RHOA’ Fans Slam Drew Sidora for Overreacting About LaToya Ali Allegedly Being Intimate with a Prophet