Jada Pinkett Smith’s mom Adrienne Banfield-Norris is so age-defying that fans think she actually looks younger than the actress.

Smith, 49, shared a video clip with Banfield-Norris, 67, on Thursday, Dec. 10 as they both posed for the camera.

“Gam and I may not always agree but we fo’ damn sure always got each other’s back❣️,” the “Girls Trip” actress captioned the video, in reference to their tense “Red Table Talk” with Olivia Jade Giannulli on Tuesday, Dec. 8.

Fans couldn’t help but remark on Banfield-Norris’ looks in comparison to Smith’s.

“Jada looks older than her mom doe,” one person commented.

Another admitted, “I thought Jada was the older one lol.”

“How she look older than her mom though??” one fan question.

Another person added, “Who is the mom ?”

Other fans commented about who they were siding with in Smith and Banfield-Norris’ disagreement on “RTT.”

The 67-year-old strongly vocalized to both her daughter and Giannulli, 21, that she didn’t believe the daughter of actress Lori Loughlin and fashion designer Mossimo Giannulli deserved a platform, because of her white privilege.

The 21-year-old’s parents were sentenced to federal prison time after pleading guilty to conspiracy to commit wire and mail fraud after bribing an agent with $500,000 to get her and their other daughter Isabella into the the University of Southern California.

“I fought it tooth and nail,” Banfield-Norris admitted. “I just found it really ironic that she chose three Black women to reach out to for her redemption story. I feel like here we are, [a] white woman coming to Black women for support when we don’t get the same from them.”

She added, “Her being here is the epitome of white privilege to me.”

“I understand where you’re coming from but let me just be clear: I never want to be the thing that was done to me by white women,” Pinkett Smith responding, arguing that Giannulli still deserved to be heard.

When the 21-year-old arrived, Banfield-Norris didn’t shy away from letting her know she didn’t want her on the show.

“I think for me, it’s like there is so much violent dehumanization that the Black community has to go through on a daily basis. There is so much devastation, particularly this year, 2020, with the pandemic and everything brought to the table about how there is so much inequality and inequity, that when you come to the table with something like this, it’s like, ‘Child, please,’” she told Giannulli.

Banfield-Norris continued, “I’m exhausted. I’m exhausted with everything we have to deal with as a community and I just don’t have the energy to put into the fact that you lost your endorsements or you’re not in school right now. Because at the end of the day, you’re going to be OK.”

“And there’s so many of us that it’s not going to be that situation. It just makes it very difficult right now for me to care in this atmosphere that we’re in right now,” she added. 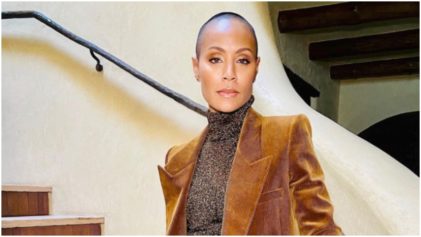