When Tamera Mowry-Housley announced she was parting ways from “The Real” after six seasons, many people were shocked. The 42-year-old actress explained in a July 13 statement on Instagram that she was leaving the Emmy-award winning show to explore diverse opportunities and to spend more time with her children.

Considering she’s been a co-host on the daytime talk show since its debut in 2013, some people assumed there was more to the story. Rumors swirled that Tamera left the show because she was asked to accept a salary reduction for the upcoming season. But the former “Sister, Sister” star denied the reports during a now-deleted Instagram Live chat with her husband Adam Housley.

She added, “It’s all positive. Nothing bad. Somebody came through my DMs talking about salary stuff. It had nothing to do with that. Nothing, nothing, nothing. No more explaining about that. Everyone’s good. Everyone’s on good terms. Life is the best that it can be right now,” she stressed.

Tamera announced she was leaving the groundbreaking talk show hours after authorities confirmed the death of her close friend and fellow actress Naya Rivera. The mother of two stressed that she had no intention to talk about her exit that day, but explained that reports were beginning to circulate about her departure so she wanted to break the news first.

As previously reported, Naya died as a result of an accidental drowning. The “Glee” star had been reported missing on July 8 after the boat she rented was spotted drifting on Lake Piru in Ventura County, California. At the time, Naya’s 4-year-old son Josey Dorsey was the only person onboard the boat. Josey told authorities that he and his mother went swimming and she never made it out of the water. The police confirmed her death on Monday, July 13.

Tamera’s leave comes just one month after Amanda Seales announced she was exiting the show after roughly six months over what she described as a lack of diversity behind the scenes. The comedian was brought on in January and replaced Tamar Braxton who was let go from the show in 2016 following the season-three premiere. 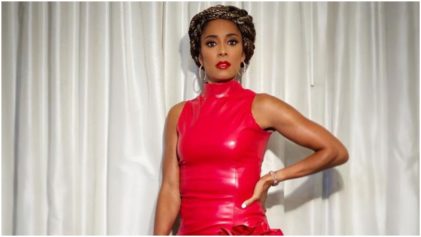 ‘It Was a Final Straw’: Amanda Seales Talks Being in the Mix of ‘Black Hollywood’ and How Being Kicked Out of an Emmy Party Nearly Pushed Her to Abandon Acting