She did it after Jewel took to her Instagram page and accused J.R. of cheating on her with Candice Patton of CW’s “The Flash.”

In her message, posted on Tuesday, Jewel seemingly wanted to publicly out J.R. and Patton and said it was God who told her to do so.

“God, I would like to lift my husband up and ask you, Lord Father God, to please just cover him with your blood,” she added. “I ask in the mighty name of Jesus that you go to him where he is right now and you shake him up, God. You shake him up and you stir him up. … I ask that wherever he is broke, you fix him, you heal him.”

“My husband, he’s hurting and Candice, she’s hurting,” Jewel went on. “For her to go out here, Father God, and seek a married man, I just pray that you give her grace and mercy through all of this.”

The 6-foot-6 shooting guard responded to the message on Instagram Story and seemed to poke fun at his wife outing him and Patton through prayer. In his first response, which came on Tuesday, he wrote, “No weapon formed against me.”

Then on Wednesday, J.R. wrote, “IG ain’t a place for relationships. But God told me to tell y’all I’ve been separated for months. He doesn’t understand why his child failed to mention that.”

Savannah James reached out to Jewel in the comments of her post on Tuesday and wrote, “Amen, I love you sis,” before she deleted it.

LeBron and J.R. used to be teammates on the Cleveland Cavaliers and won a championship together in 2016. As for J.R. and Jewel, they jumped the broom in that same year and have three children together. 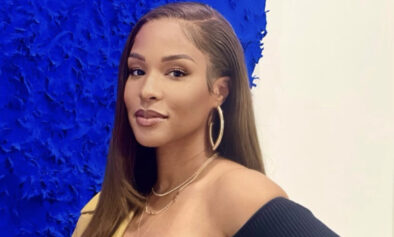