“Black Ink Crew” viewers are still on the fence about Sky Days‘ mothering skills after she admitted last episode to having a quarrel with her youngest son, Dessalines.

Two seasons ago, Days, 34, reunited with her sons Genesis, 20, and Des, 19, after giving them up for adoption in her early teens. She established a tight-knit relationship with Dessalines, whom she kept in contact with after the season ended, but had a hard time connecting with her eldest son.

Fast-forward to season 7, and it seems that the mother of two’s relationship with her young son is on the rocks. She told fans during the March 27 episode that she and Des got into a heated argument after she refused to put his father Red in contact with him. Days has accused Red of being a “predator,” saying he was 28 years old when he impregnated her at the adolescent age of 14. Therefore, she felt uncomfortable with Des being around someone who she claimed was a “child predator.” 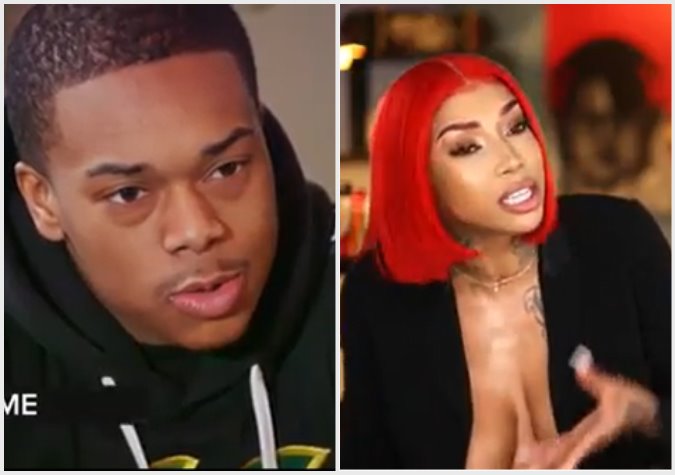 “I went through some really intense stuff with Dessalines,” Days said in her confessional before the scene panned to her and her best friend Allison discussing the situation. “I had a really bad phone call with Des last night. … Remember, Des wanted to meet his father, and you know I was supposed to give Red, Des’ number, but I couldn’t.”

“So last night I talked to Des over the phone and he started arguing with me about what my intentions are. He felt some type of way about that and we got into a fight like literally a sparring match of words,” she continued.

Days said during her and the 19-year-old’s argument, she said some “s–t” she didn’t mean. She broke down in tears, conveying to her best friend that she was scared her son might not forgive her for her harsh words.

“I’m ashamed of the way I talked to my son,” the mother of two admitted. “But Des didn’t understand the reason I didn’t want him to see his father.”

In a sneak peak of the April 3 upcoming segment, Days is seen apologizing to her son in person, for not knowing how to “act the way a mom is supposed to act.”

However, some “Black Ink” viewers felt Days’ protective feelings were no excuse for her harshness toward her son, especially after reuniting with him just a few years ago.

“Sky grow TF up! Stop disrespecting your children life🤦👀 …. and start to understand their emotions towards your actions, get some help.”

“I absolutely can not with her. She’s narcissistic as hell. Everything is about her, Sky what about your kids and how they feel 🤷🏽‍?”

“Sky! Grow up and be and become an adult! Bad things happened to you but bad things have happened to everyone yet we come to terms and don’t do the same things over. Once a mistake, twice a damn fool!”

“I’m tiring of her apologizing like girl u doing it to your self u making excuses and absolutely dnt gaf 🙄.”

Other fans offered sympathy toward Days.

“If homeboy really wanted contact with his son he could’ve found him without Sky, Des not a baby no more. Don’t feel bad Sky Des will learn the truth mama 💯.”

“What’s so genuine about sky is she smiles , smiles through it ALL no matter how deep the wound is @flyyytattedsky bae for life 😍.”

“Atleast she admitting her wrongs now damn ya’ll give her credit for that!”