Rivera’s daughter Charlie, who’s from a previous relationship, is the apple of her mother’s eye, who makes it clear on social media that her child is the number one priority in her life. The 32-year-old mother took to Instagram on Saturday and posted an image of herself and her 13-year-old from her wedding ceremony in January.

In the photo, Rivera and Charlie appear to be holding hands while singing and dancing together in their wedding clothes. “Where ever I go you go, who ever love me better love you more,” the reality star captioned the image of herself and her daughter. “I wasn’t a woman until I met you ❤️.”

Followers of Rivera swooned over the sweet mother-and-daughter moment captured and commended the 32-year-old on being a great parent.

“You’re such a great mother Tammy ❤️❤️,” one person chimed in underneath Rivera’s comment section. “I just love ya’lls relationship 😩😍 .”

“Nothing like a bond between a mom and a daughter😩,” another added with the hashtag “mommydaughtergoals.”

“I love this family relationship, y’all look like the past and future… real twins… strong bloodline. A mothers love 💕,” another user added.

Rivera, the wife of rapper Waka Flocka, said one of the reasons she stayed with her husband through his infidelities was because of his close relationship with her daughter. Waka has always considered the 13-year-old daughter as his own and even got a huge tattoo of her face stamped on his left forearm in March 2018. 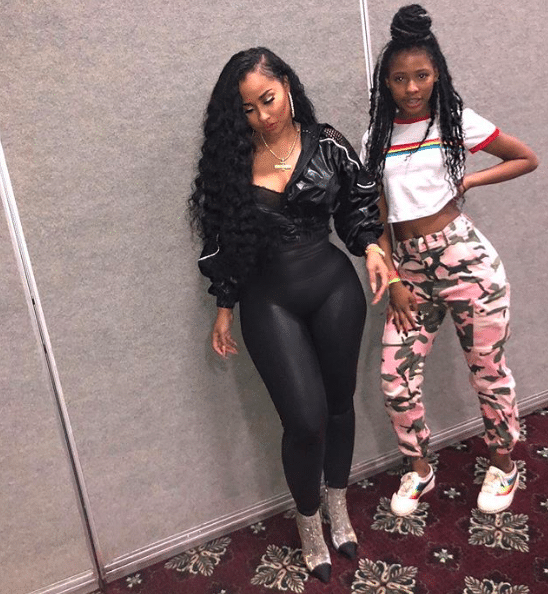 Although the Wakas are a close family, Rivera and Waka split for a while in 2017 after he allegedly cheated on her with another woman. Rivera said that during their separation period it was important for her to set a strong example for her daughter.

“I try to explain to people that it was so important for my child to see that during my separation with my husband that nothing was gonna change financially for her,” Rivera told Essence in October 2017. “That made me step up and say, ‘You know what? I can’t allow my daughter to feel like, oh, when a man left … my life changed.’ No, I couldn’t let that happen.”