In the ’80s she played a best friend on the sitcom “Punky Brewster,” and in the ’90s she scored the role of Maxine Johnson on “Family Matters.” But now it seems like she’s playing the role of instigator. Others, however, might say she’s just dishing out some justice.

Johnson recently took to her Instagram page and threw the darkest of shade at Wendy Williams, who’s been having a pretty rough time lately. 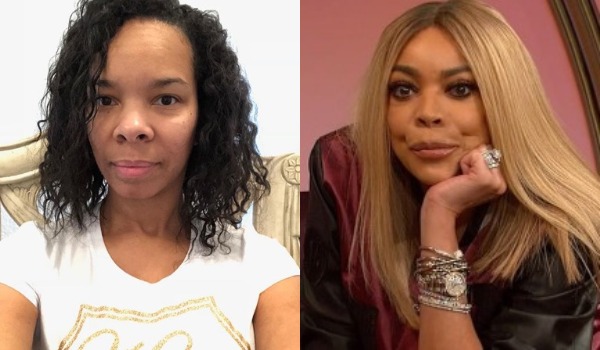 As Atlanta Black Star previously reported, there is talk that Williams is battling a pill problem, which has yet to be proven. But she admitted to taking painkillers due to an arm injury.

Williams’ husband, Kevin Hunter, is alleged to have a mistress who lives a few miles from them, and at least one media outlet is reporting allegations that she’s now pregnant with his child. On top of that, the 54-year-old Williams has been acting strangely during some of her shows, like slurring her words and acting spacey in interviews.

It’s something she apologized for on social media, explaining that the behaviors are related to the painkillers. Meanwhile, Johnson mentioned some of the rumors in her post and seemingly enjoyed doing so.

“This is my last ain’t sh-t, talking sh-t post of 2018,” said the former child actress. “Hey Wendy, I heard that your husband got his mistress pregnant for the second time and you about to play step momma again.”

“Now, it seems like Kevin got that super sperm. How come you ain’t getting pregnant?” she went on. “Oh, that’s right. How you doing, William? Karma’s a bitch. You need to leave people alone in 2019. Find Jesus. Be a nicer person.”

How’s that arm doing @wendyshow so I heard it was domestic Violence?? Don’t worry Step mother you matter too…. #Karma #adviceformysistas #Adviceformysistablog

‘I Know the Blood, Sweat, and Tears That Went Into Making the Show… I am Not Happy’: Wendy Williams’ Ex-Husband Kevin Hunter Slams ‘The Wendy Williams Show’ Production Company for Not Including Her In the Final Show