Trey Songz and Steve Harvey‘s stepdaughter Lori Harvey are being called an official couple, and not only that, they’ve reportedly been dating for almost a year. The two were seen Christmas shopping last week in Los Angeles, where they bought each other some pretty lavish gifts.

According to The YBF, Songz treated Lori to a diamond necklace, and she bought the singer some diamond jewelry as well. They were also spotted driving off in Songz’s gray Mercedes-Benz after that, and there’s one photo of Lori trying to hide her face from the paparazzi. 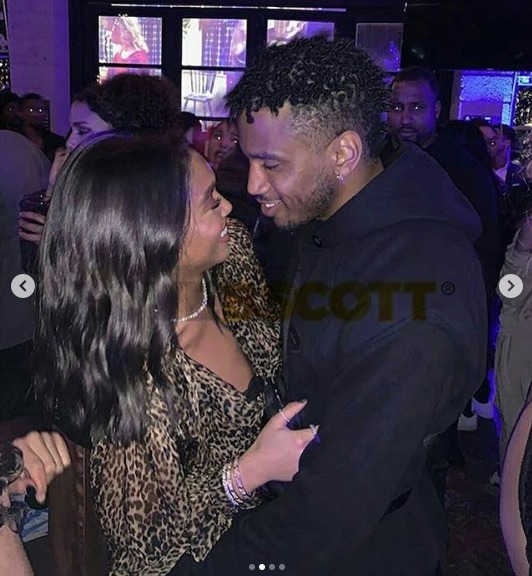 There’s a series of photos that show the rumored couple canoodling at an L.A. club as well, and they look completely enamored with each other. Both Lori and Songz also posted content to their IG stories page from the same places for more than 10 months, so some might find the timing of all of this very interesting.

That’s because Lori was engaged to professional soccer player Memphis Depay, which her mother Marjorie Harvey announced in June 2017. But after a while, talk of the engagement grew cold, and even though there wasn’t an official announcement, it’s apparently now off.

So the question is, how soon after Depay did Lori start dating Songz?

The answer to that question might be revealed at some point, but for now people seem generally excited that the singer and model might be together.

“I love Trey and @lori_harvey together,” one person wrote. “Goals.”

But there were some women who felt the news of Songz and Lori being a couple meant they no longer had a chance with the singer.

“You broke my heart,” one person wrote.

At this time, neither Songz or Lori has confirmed or denied that they’re together. ‘Single Lori Is Bad’: Lori Harvey Stuns Fans with the ‘Backside’ Of Her All Black Attire