Phaedra Parks advertised a meal replacement that fans have grown to hate. On Friday, Parks shared a photo drinking a shake by Flat Tummy Co and fans blasted her for lying. In her caption she wrote, “Yesterday was crazy!!!! I’m so grateful for @flattummyco’s shakes-they kept me full through the day and I got all 3 meats cooked and served!!!! Go check out their Black Friday Sale now!” 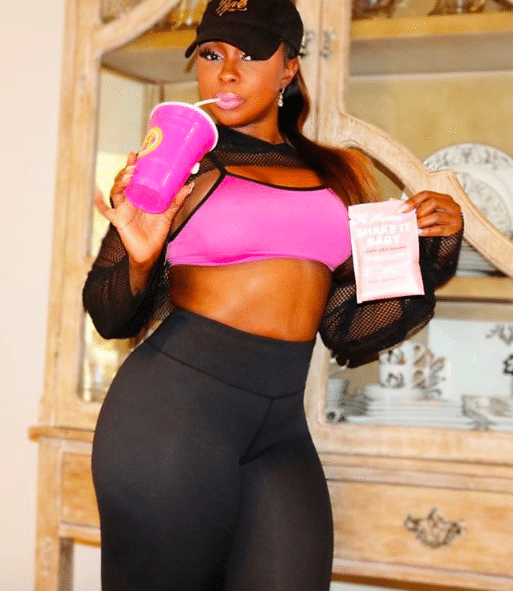 The fans left comments accusing her of being untruthful and needing money.

“Everybody lying about that shake.”

“What are you selling!?”

“Stop with the fake tea”

One fan even asked the reality star straight up, “Phaedra does this tea really work.”

Parks responded back to the fan, ” I don’t use the tea I drink the shakes. It’s a protein meal replacement i make mine with water add a little flavored sweet cream to it with ice and use it to replace lunch or breakfast. When I need a extra kick I drink the Monday energy boost one which comes in the box too!”

Parks isn’t the only celebrity under fire for crediting the hated weight loss brand for their fit body. Evelyn Lozada was also slammed by fans when she posted a photo to Instagram on Wednesday of her ad. Fans left comments under her picture like, “You still trying to push that fake ass flat tummy yes. You really need some coins huh! GTFOH.”

‘He Will Owe Her for the Rest of His Life’: Phaedra Parks Sources Blast Her Ex Apollo for His Recent Remarks on ‘RHOA’ After Claiming His Talking Violates Their Divorce Agreement