Atlanta “Boss Chick” Rasheeda Frost has the Internet in a tizzy after she flossed her natural tresses in a new video.

Frost is usually seen sporting a variety of different wigs in her photos and on reality television as a protective style, but don’t get it twisted she has a head full of hair underneath. She revealed to fans a few months ago that she was trying to achieve her goal of waist length hair and added, “I gotta a little length going on, she’s almost where I want her to be.” 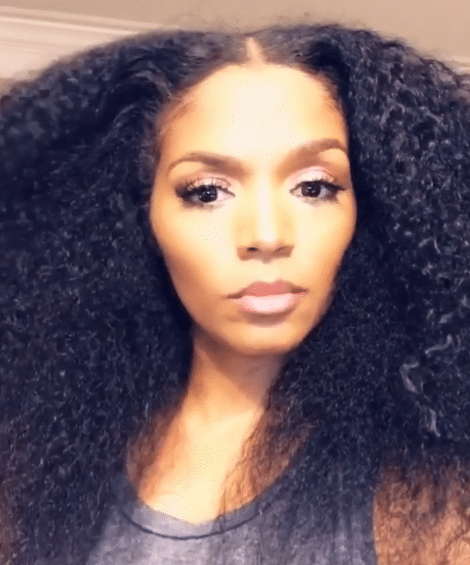 The “Love and Hip Hop: Atlanta” star shared a video of her hair freshly taken out of braids while flossing her inches for the hair gods. Frost’s semi-stretched out tresses fell just a little below her bosoms as she extended it downwards. She wrote, “My natural hair goal is waist length we slowly getting there!”

Folks were blown away by the voluminosity of “Rasheeda’s” hair and could of sworn it was a wig at first sight.

“I swore this ws a frontal until I read the caption 😩.”

“I thought it was a wig until I read the caption! It’s beautiful.”

“When you trynna see what kind bundles this is and read the caption… GENETICS 😂🤣.”

“My first thought was dang that frontal looks good😂 your hair is my hair goals.”

“Girl i thought this was a wig but its all her hair.”

Even “Real Housewives of Atlanta” star Porsha Williams was close to asking Frost where she purchased her genetic bundles from.

“Girl I was all in the caption tryna get lace front name,” Williams commented. “Yes hair goals🔥!”

Frost dropped a few secrets and products she used to achieving long healthy hair. She wrote in April, “These curls come back to life when I use @mielleorganics Mongongo Oil Hydrating Deep Conditioner! The mongongo oil protects my curl pattern.”

My natural hair goal is waist length we slowly getting there!