The tension on “Love and Hip Hop: Hollywood” is coming to a head as cast members get into explosive confrontations, but Monday night’s episode showing RoccStar‘s heated exchange with Akbar Abdul-Ahad was more comical than anything else. The two almost came to blows after RoccStar confronted the green-eyed bandit for allegedly leaking singer Teairra Mari‘s sex tape. 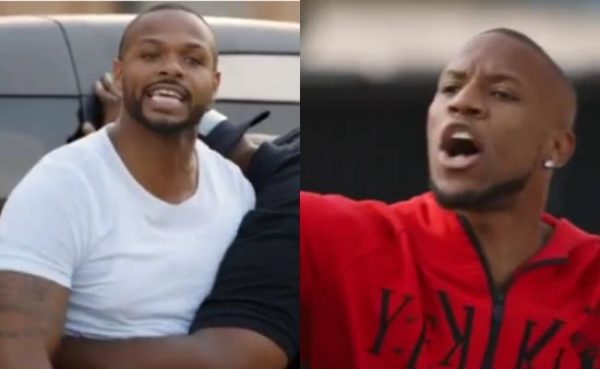 Security quickly intervened after RoccStar called Abdul-Ahad a b**ch and both were walking towards each other in a hostile manner. Both castmates continued to shout jabs at one another, but Abdul-Ahad took it a little overboard once he yelled, “I’m World Star, you goofy boy with ya ugly shoes!”

The clowning session between the two “LHHH” stars had social media almost in tears from laughter alone.

“Where did this scene even come from like they really met up to fight!😭.”

“Isit me alone watching that security in the blue t-shirt looking like a referee in a boxing ring 😂.”

“Did Akbar say he would spray 😂 Rockstar???”

“Hands down @roccstarmusic was about to hit Akbar wit some shit if them security guards wouldn’t have jump’d n da middle 😩 PERIOD 😂🤣.”

“Still cyaa understand how the argument reach to garments😭.”

“LHHH” fans have been trashing RoccStar for being the “messy Bessie” all season, while others are enjoying his comedy.

“LMFAO Rockstar is a clown 😂 Mona keep him nex season.”

Take a look at the hilarious fight between RoccStar and Abdul-Ahad in the clip below:

Who had the best clapbacks? #LHHH