Steve Harvey is fed up.

The comic has been plagued by rumors that there’s trouble in paradise between him and his wife, Marjorie Harvey, for a while, and now he’s addressing a particularly bold report head-on.

The Harveys were the subject of a claim reported by Radar Online this summer that Marjorie was threatening a $400 million divorce after Steve allegedly stepped out on her with Kris Jenner. The grandparents of five have made it clear that their bond is stronger than ever, but Steve is now addressing the false report with the press. 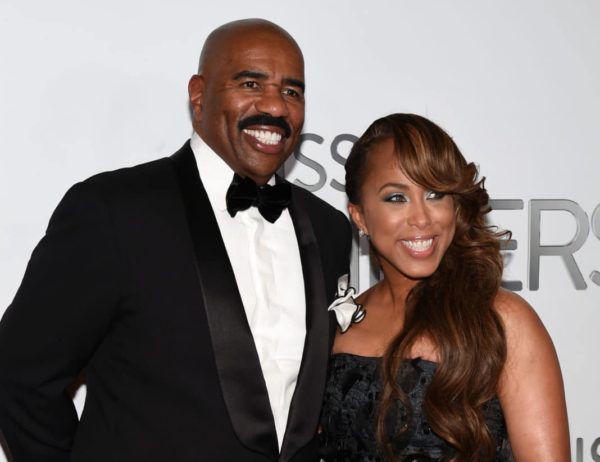 Harvey, whose company is currently facing litigation in connection with a variety of complaints that include discrimination, said he wants stronger libel laws in place for entertainers.

“I’m sick of it,” he said of the rumors about his life. “They act like I don’t have family. They act like my kids can’t read. They don’t care. They just go out to destroy people with no facts behind it.”

One of those instances of “destruction” came from the National Enquirer, which falsely reported the “Steve” host was fired from his talk show amid reports that NBC would pull the program from select markets to run “The Kelly Clarkson Show” next fall.

But the comedian is keeping his chin up. When he’s not at work he’s been dedicating himself to his family. He was recently filmed cozying up to his newest grandson, Ezra, and surprised his wife for her 54th birthday with a bubble soccer game they played with their brood.