Brandi and her husband Jason Maxiell appeared on “Iyanla: Fix My Life” and discussed the NBA player’s infidelities. However, the reality star was shocked to find out the number of women her husband slept with and was clearly blinded by the extent of cheating. 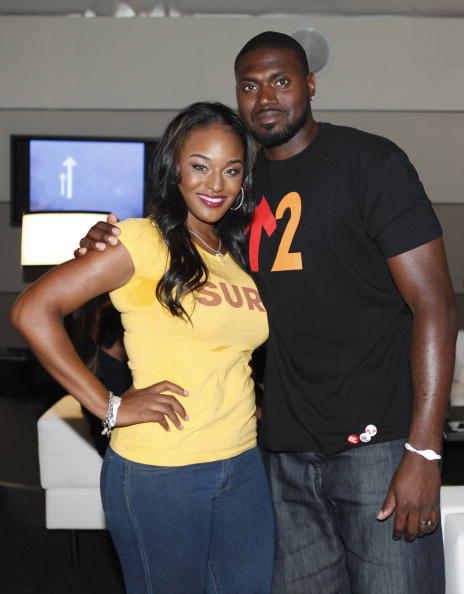 During the episode, Jason admitted to cheating on his wife throughout the course of their entire 17-year marriage. Brandi knew about eight different women he’d slept with but wasn’t aware that it was more than 10. Jason told Iyanla Vanzant and his wife that he’d slept with more than 50 women since they’ve tied the knot in 2010. He also confessed to sleeping with a total of 341 women overall.

Brandi was extremely upset and stormed out of the room after hearing the number of women her husband slept with. She called it “disgusting.” Jason denied having a sex addiction and said sexual pleasures help him escape from reality.

Fans were stunned to hear about the couple’s marital issues and offered support to Brandi in the comment section.

One fan said, “You’re episode of fix my life has my jaw like😮😮😮😮my heart was hurting for you but you’re one beautiful and extremely strong and resilient I admire that 😍.”

“Just wanted to say continue to hold your head up high strong.. you’re a strong beautiful woman👸🏾 and i wish you the best,” another person said.

“You are a whole a lot of woman and more!!! I admire you a lot and I pray for your healing!!! You are a real definition of Love is kind, patient and counts no flaws 🙌🏿.”

“You are beautiful ! You are courageous & I wish you happiness in your future . YOU DESERVE IT. Praying for you.”

Brandi hasn’t said whether or not if the couple are separated, but said her focus is her son.