Despite television show cancellations, bonds between co-workers last forever, or at least with former co-stars Jill Marie Jones and Keesha Sharp they do.

The duo had social media in a chokehold after uploading a video of themselves attempting to successfully complete a TikTok dance.

Both brown-skinned beauties uploaded the TikTok onto their own respective Instagram pages with the same caption,

The comical video had fans reminiscing over the ladies’ days as Toni Childs and Monica Charles Brooks-Dent in the popular 2000s sitcom “Girlfriends.”

“I love to see Toni and Monica enjoying themselves #girlfriendsforever”

“You guys are killing it and still as fine as your girlfriend days, insane!”

“Y’all are forever and will always be living legends and that’s just off the beginning of girlfriends, the best show ever.”

There were also comments concerning the show’s abrupt ending where fans insisted on either receiving a proper finale or a spinoff.

“I still watch Girlfriends till this day… Don’t care, I love the show.. But I really want an ending”

“So we getting a Toni and Monica spin off right?”

“I need these two to create a new Girlfriends type of show separate from Girlfriends. I love their chemistry.”

“Girlfriends” premiered back in 2000 on UPN, now known as The CW and ended in 2008 after eight seasons.

The show’s abrupt ending was due to a decline in ratings.

TVSeriesFinale reported, “The CW network has said that they’re only resuming production on TV series which the network is considering renewing next season. Since the ratings have been down for Girlfriends, they’re canceling the sitcom and that apparently makes it a lame duck.”

Since the show’s cancellation, there has been talks about a potential “Girlfriends” movie that would close out each character’s storyline in a well-deserved way, however the idea has been nothing more than an exciting “what if” discussion.

Even though the chances of a “Girlfriends” movie seem slim to none, fans can always rewatch the popular show on Netflix or Prime Video. 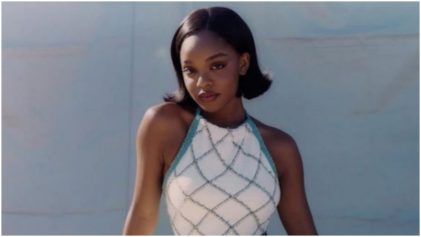