Jay-Z is not shying away from supporting the freedom of expression in art, not even if it means seemingly defending his friend Dave Chappelle amid the ongoing controversy of his Netflix special “The Closer.”

For several dizzying weeks, the 72-minute standup special has been at the center of criticism plus calls for boycotts due to Chappelle’s commentary of the LGBTQ+ community. The perceived divisive nature of the content became a talking point for Jay-Z and others involved in promoting the film “The Harder They Fall” during a Nov. 3 live chat on Twitter Spaces.

“I think that Dave is super brave and super genius,” said Hov during the live discourse. “If you spend time with him, he’s brilliant, and you know I think he pushed a lot of buttons.”

The billionaire status mogul said there were times when even he let out an audible “ugh” at some of Chappelle’s jokes that crossed the politically and socially acceptable threshold. In particular, the transgender community found several jokes and statements made by the comedian to be offensive and hurtful to any progress they are working toward in being acknowledged as male or female, despite their assigned gender at birth in a society of heterosexual norms.

Chappelle himself has openly shared the thought of outraged critics calling for him to be cancelled, to apologize for his opinion, and to meet with trans organizations are the least of his concerns.

Not wanting to further speak specifically to Chappelle’s special, Hov said, “I think great art is divisive, you know it is, some people like and some people hate it. When you’re making great art you have to be fearless and you have to create something that you believe in and that’s what it’s about.” Whether “The Closer” is deemed great art is subjective, but what it has done for certain is get people talking.

The rapper’s commentary come as no surprise as to where he stands with “The Chappelle Show” comedian. When being inducted into the Rock and Roll Hall of Fame, Hov selected Chappelle as one of his keynote speakers, the other being former U.S. president Barack Obama. 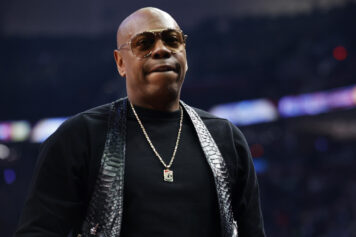