Chrisette Michele’s career undoubtedly took a hit following her invite acceptance of and eventual performance at Donald Trump’s 2016 inauguration despite the fact she wasn’t the only Black star to be seen around or perform for the former president. The Grammy Award winner not only faced verbal criticism from the Black community, but she also lost several job opportunities in the aftermath.

The singer-songwriter often has spoken out about her decision to perform at Trump’s inauguration. However, during a recent interview with Terrell for his YouTube Channel, the “Epiphany” songstress reflected on that moment, which she said, “was the wrong thing to do,” but she raised a question, too, about another artist and his performance. The 38-year-old questioned why gospel singer Travis Greene didn’t receive the same response as she did.

“My question has always been, what was Travis Greene’s intention because his album became number one. Were we singing his song? Did he start the first verse? Was I singing backup with a choir that still sings to this day? I just want to know why no one saw them?” she asked.

Host Terrell offered his own suggestion, highlighting that “There is a difference in tone in how we treat our Black men and our Black women.” He added, “I mean, some of our prominent Black men can go and kiss 45 on the forehead and were still winning Grammys, and we’re calling him the greatest of all time. It’s a problem for me. Keep it consistent. Be consistent if we’re going to do it.”

Meanwhile, Michele doubted gender bias, though there have been instances where Black men have been able to accomplish seemingly controversial things while women were met with pushback. Comedian-actress Mo’Nique recently pointed to an example of her attempt to boycott Netflix after she claimed she was paid far less than white comedians and Black male comedians despite her longevity in the industry. She spoke of how when Dave Chappelle told his fans to boycott his sketch show until the network paid him the turnaround was swift.

Still, Michele saw the incident as a teachable moment, telling Terrell that it was in that moment she learned how “petrified I am of rejection.” She continued, “My mistake in my personal growth journey with the inauguration was wanting to be seen as a good person. And when you are trying to be validated, you will quickly be rejected because people notice when you are wanting to be a part of something. They may not realize that’s the subconscious of who you are, but they can see the insecurity. So you can’t stand on that stage insecure. So the difference between me and Travis was he was very secure, and I was petrified because I was trying to be something, and he already was.”

Though the “Blame It On Me” singer admits that while she should’ve declined her 2016 performance, she doesn’t regret doing it because she learned a lot from the experience. “I learned about myself. I learned about my fears, I learned about my insecurities. I didn’t know I was that insecure until I was rejected and I was like, ‘Do I even like her?’ ” she added.

Check out Terrell and Chrisette Michele’s interview down below. 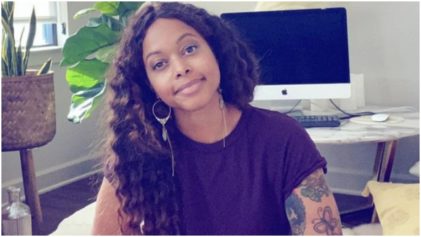 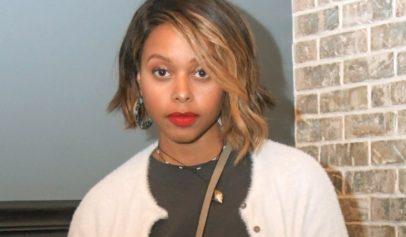