Wright, 36, posted a series of photos of her recent spring looks, but there was one picture in particular that caught her followers’ eyes. She took to Instagram on Monday and uploaded a photo of herself sporting a few pieces from Lexi n’ Fifth Clothing boutique.

She sported a pair of light-washed denim capris, a white tank top and a multi-colored kimono with white slides. She also sported a natural dewy makeup look with a mauve lip and wore her signature lose curls.

The television personality struck a smile while posing outside her home, posting the photo with the caption “There is always a reason to smile find it.”

“You look amazing Toya 😍!” one fan exclaimed underneath her photo. “You’re glowing girly.”

“Thank you for that I needed that keep smiling 😊😊😘,” another added. “You look so happy and refreshed 🌞!”

“Is it me or is Toya looking different?” someone asked. “It’s like she has a different glow. You look blessed girl!”

Wright’s apparent glow may stem from her recent lifestyle change. She’s been adamant about getting back in shape and increasing her fitness routine. Last month, she participated in a 5K race in New Orleans, and a few weeks before that she told fans she’d started hitting the gym again. She expressed that her weight-loss goal was to lose 15 pounds.

She also relies on staying fit to help with certain medical issues like her fibroid pain. She told People in February 2017 that she works out on a regular basis and keeps a clean diet to manage her fibroids.

“I had to scale back and eat healthier things like fish and salads,” the mother of two said. “I found exercising has been more helpful in relieving the symptoms.”

She added, “I do a lot of cardio, like walking and cycling. At that time of the month, the fibroids flare up, and when I exercise it helps me not feel so much pain.” 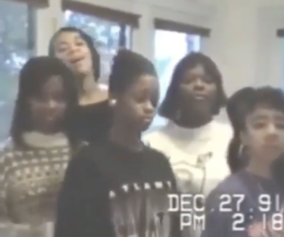