On Thursday, pioneering hip-hop journalist and rapper Dee Barnes stopped by and talked about being viciously attacked by producer Dr. Dre in 1991 at a club.

Barnes explains Dre attacked her because he was upset that she interviewed Ice Cube on her rap video show “Pump It Up!” Cube and Dre’s group N.W.A. were beefing then, which was right after the “AmeriKKKa’s Most Wanted” rapper split from N.W.A.

After the brutal attack, Dre was charged with assault and battery and received two years of probation, as well as community service. He also paid a $2,500 fine.

Years later, Barnes, who received a settlement from Dre in 1993, explained that she was blackballed in the music industry after the assault due to Dre’s relationships, so it was nearly impossible for her to find work.

Last month Barnes revealed that she was homeless and started a GoFundMe page to help better her circumstances.

She also talked about the crowdfunding campaign — which raised $30,582 in a month, more than $25,000 above its goal — on Williams’ show and gave details of the assault. Barnes’ daughters were in the studio audience during the taping as well.

Then towards the end of the segment, the talk show host told Barnes that she works with the site HotelPlanner.com that helps people get short and long term housing. Williams said the company and the show will give Barnes $15,000 to help her secure a place to live.

Barnes then told the audience she’s writing a book — one she told Gawker magazine in 2015 would be called “Music, Myth and Misogyny: Memoirs of a Female MC” — and that’s when Williams said she’d publish it.

“Well, my name is Wendy Williams-Hunter,” said the former radio host. “And I do have Hunter Publishing and it is in conjunction with the legendary Kensington Books. I would like to publish your book.”

At that point, Williams told Barnes that she’d like to produce the movie based on the book as well, and Barnes didn’t hide her excitement or her gratitude.

“Wendy just scored major points ❤️❤️❤️,” someone wrote under a clip of the interview.

“I’m glad Wendy using her platform to help this lady,” wrote another person. “I remember her show. I was too young to realize all the drama though.” 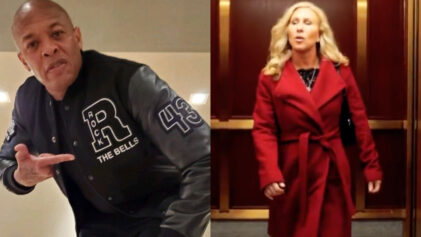