If you were a hip-hop fan in the ’80s, there weren’t a lot of places where you could see rap videos, but thanks to Dee Barnes’ show “Pump It Up!” which began in 1989, you could see your favorite acts on a regular basis.

What also stands out about Barnes is she was the first woman to host a nationally syndicated rap video show, but even before that she delivered fierce rhymes in her group Body & Soul. 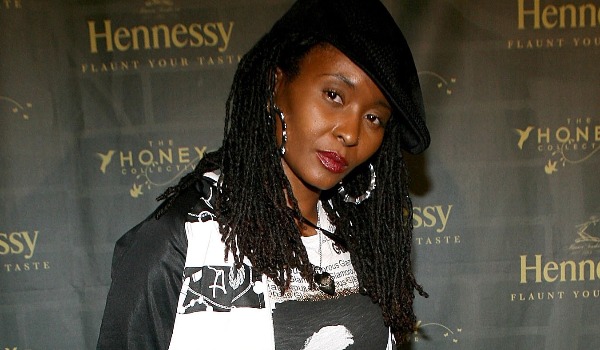 But things would change for Barnes on Jan. 27, 1991, after she interviewed a young Ice Cube, who at the time had a dangerous beef with his former group N.W.A.

Dr. Dre, the group’s producer, didn’t like that Barnes interviewed Cube since he threw shots at them and affiliate The D.O.C., and Dre viciously attacked her at a Hollywood record release party.

Barnes spoke about the incident on more than one occasion, but in a new interview with HipHopDX the hip-hop pioneer revealed that she lost her home and is now homeless. She also started a GoFundMe campaign to help turn things around and said her finances never recovered since the brutal assault.

Barnes filed a civil suit against Dre, as well as criminal charges, and they settled out of court in 1993.

“I had never asked for public help before, but I then remembered a long time ago while I was going through the assault trial in 1991 people were sending me checks for my legal fees,” she explained. “I never cashed any of them, not one, but knowing I had that support kept me strong enough to continue to face each court date. Right now, I am officially homeless. My goal with the campaign is to regain stability, which is imperative for survivors of any trauma.”

“What made me finally say enough, I’m going to ask for help is that quote, ‘You can overcome anything in life, but you must first be willing to live in your truth,'” added Barnes.

Barnes also stated that she was blackballed from the music industry after Dre assaulted her, which she said is a pattern whenever women accuse powerful, famous men of abuse.

“Dee Barnes is a pioneering journalist and a brave woman who deserves our help,” someone wrote Wednesday on the GoFundMe page.

“JUSTICE FOR DEE ♥️♥️ Thank you for really inspiring me in the world of hip hop through journalism. I live through you & your legacy! Never stop fighting!!” wrote another. ‘Laughing’: Dr. Dre Reacts to T-Pain’s Emotional Plea for Aspiring Artists to Create A New Sound Before Trying to Make It In the Music Industry ‘Pull the Trigger’: Ice Cube Demands Warner Bros Relinquish Rights to His Films Including the ‘Friday’ Franchise Amid Battle Over a Delayed Sequel