Kevin McCall wasn’t feeling his daughter Marley McCall calling another man “Daddy,” and he issued a response that some have called petty.

McCall used to date “The Real Housewives of Atlanta” star Eva Marcille, and they had Marley McCall on Jan. 31, 2014, then split a short time afterward. 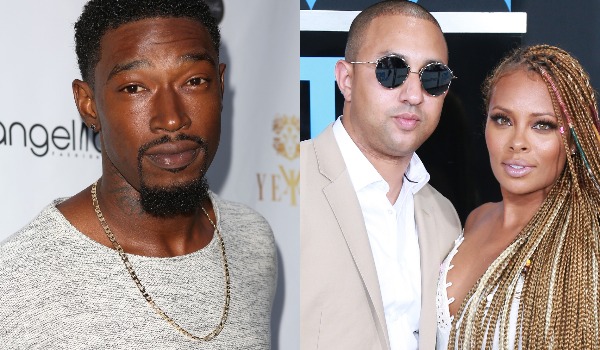 From there, the two had a contentious relationship, and at one point Marcille filed a restraining order against McCall. The model also said she was a victim of domestic abuse.

Then on a recent episode of “The Real Housewives of Atlanta” that showed some of Marcille’s wedding to her husband Michael Sterling, her daughter called Sterling — who she has known since age 1 — “Daddy.”

“Marley, you look like a princess,” Marcille’s husband told her.

“Thank you, daddy,” she replied.

On Tuesday McCall responded on social media by posting a screenshot that shows the  results people get when they Google the name Marley McCall, which lists his name.

“Imma just sit this right here,” McCall wrote next to the screenshot. “No debate necessary. Yal gone be ok.” A lot of people tore into the “Deuces” singer after that and said he was wrong for posting the Google search photo.

“Get out your feelings,” one person wrote. “you can’t even man enough to respect the fact your daughter is blessed enough to have two fathers 🤦🏾‍♂️. Mfs barely can have one nowadays 🤷🏾‍♂️”

“But if you arent in her life and have to go on google and do this, it doesnt prove nothing,” wrote another. “Theres a difference from being a dad and creating a child.”

McCall responded to that person and didn’t care for their criticism.

“Show me and picture of you and your Dad as a kid, I wanna see if he actually even loved you, clearly he didn’t for you to focus on the kevin mccall story so much and you know our family issues? he wrote. “No u just a random person who’s father didn’t fight for them hard enuff. Not me.”

Although McCall seems to be fiercely defensive of his status as father here, his ex has said as recently as last October that he plays no role in his daughter’s life, and McCall himself once declared on Instagram that he was “deleting all memories” of Marley McCall.

‘It’s for My Fashion’: Eva Marcille Shares a Cute Story About the 8-Year-Old Putting an Outfit Together