Damon Dash says he now owns the majority of his ex-wife’s clothing brand, and he recently shared the news on Instagram.

Dame and his ex Rachel Roy started the Rachel Roy Collection in 2004 when they were still married, which was after Roy was the creative director at Dash and Jay-Z‘s company Rocawear. 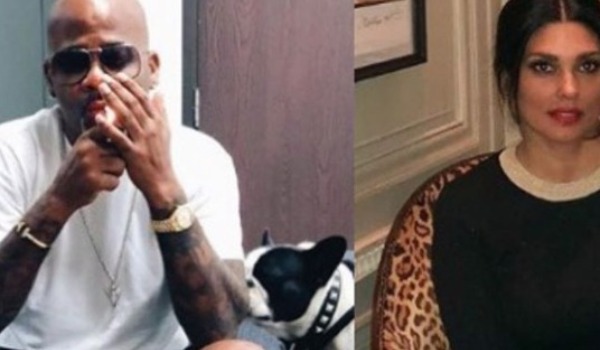 On Monday Dash announced that he bought the controlling shares of the brand from its parent company Topson Downs and plans to relaunch the luxury side of it with Ava and Tallulah Dash, his daughters with Roy. Over the years, the label has become more mainstream and less high-end fashion.

“Im very proud to announce that like a real boss …I’ve bought back the majority Interest in @rachel_Royfrom @topsondowns,” wrote Dash. “They didn’t want me announce yet because they wanted Rachel to sign something saying she wouldn’t sue them but that has nothing to do with me.”

“So I’m celebrating cause why would Rachel not want me to buy back the company I invested 6 million of my own money into (like a real boss) only so @ava_dash and @tallulah_dash would have a company to run…so I bought it back,” he added.

But Dash’s message also came with criticism for those who claimed he wasn’t doing well financially. He also told several publications to give this particular business move the same attention as the other times he’s made headlines.

“Rachel please don’t mess this deal up and if you do please publicly explain yourself,” he wrote. “Who ever doesn’t write about this is an obvious hater y’all said I was broke the last 10 years but when a black man really buys a company y’all don’t wanna say sh–…”

Roy hasn’t responded to Dash’s message, and the last time she made headlines was in January after announcing that she co-wrote a romantic novel with Ava Dash titled “96 Words for Love.”

Dash’s message comes after he’s been criticized for how he’s dealt with past business partners, because last year the New York native aggressively approached Lee Daniels over a $2 million debt and filmed it.

And last month many came down on Dash for insinuating that Jay-Z had a relationship with an underage Foxy Brown in the past, which there’s no proof of. But the 47-year-old later apologized to Jay earlier this month, as he did to Daniels.

You can see Dash’s full message about buying the majority stakes of the Rachel Roy Collection below.