It seems that “Love and Hip Hop: Hollywood” couple Brooke Valentine and Marcus Black have officially tied the knot.

Valentine took to her Instagram on Feb. 22 with a photo of herself and Black posing together in their Fashion Nova fits. She also shared one of herself sporting a massive rock on her marriage finger. The images prompted fans to ask a series of questions including one inquiring about the status of the couple’s relationship. 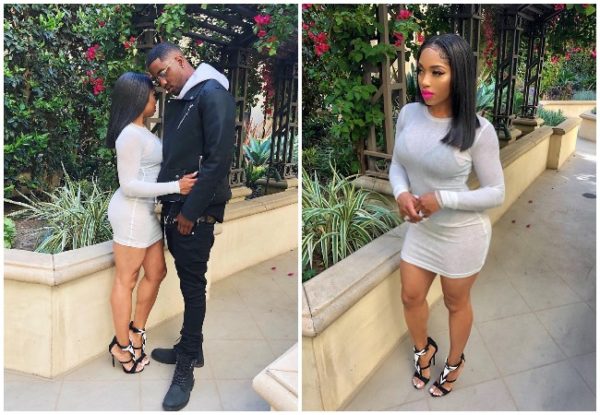 One fan in particular asked if the pair were wedded and if the “Girlfight” singer who pledged chastity last season, was still celibate.

“Are you married yet sis and are you still celibate?” the person commented. Valentine responded, “Yes and no.”

When another fan implied that she and Black weren’t married because “it would’ve said it on the Internet,” the singer told him to not give “it that much credit.”

Valentine also confirmed to her Instagram followers that her and the rapper’s marriage would not be on “Love and Hip Hop.”

Fans rooting for the “LHHH” couple swarmed them with congratulations and warm wishes.

Valentine and Black ended season 5 of “LHHH” as an engaged couple after the “Made a Way” rapper proposed to her at a shotgun wedding she arranged for them. In front of their parents, Black pulled out a diamond studded ring, got down on one knee and told the Houston native, “I’d like to celebrate our engagement. … If it’s not too much would you mind being my wife?”

She nodded her head yes and agreed to be his wife-to-be.

The pair have been off-and-on for years due to Black’s past infidelities and Valentine’s fear of commitment. However, the couple have seemingly worked past their relationship woes and appear to be married.