It seems the cast of “Power” can do no wrong because whenever one of them shares a photo or video on social media it gets ridiculous attention. Like when Naturi Naughton expressed gratitude for getting an NAACP nomination or the different times La La Anthony posted a swimsuit photo of herself.

One of the latest posts from the cast comes from Omari Hardwick who plays Ghost and Joseph Sikora who plays Tommy. It’s a video that was shared on Valentine’s Day, and it shows the two actors grooving to Childish Gambino’s “This is America.” 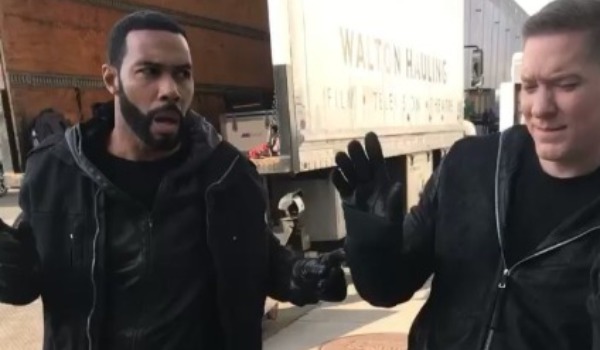 Both men are also sporting black clothing and black gloves in the clip, as if their characters are about to commit a caper.

“When Mama bear & Brave boy send Papa bear & Tommy boy a video of him gettin’ it to ‘This is America’……We GOTTA return the love,” wrote Hardwick above the video. “It’s ALWAYS about the LOVE. Especially on valentines day✊🏽❤️ #ShouldaSeenBravesVideo #ThisISamerica#TheBraveAmerica #TheBoysWillBeBoys#ghosTommyISamerica⚔️”

On the same day, Sikora posted a photo of him and Hardwick wearing the same black outfits, but with Sikora holding a pistol. And like Naturi did earlier this week, he congratulated Hardwick for receiving an NAACP nomination for Outstanding Actor In a Drama Series.

On Monday (Feb. 11), Sikora shared another post that got a lot of attention, and it showed a lion eating a carcass to convey what type of person Tommy is.

As far as the dancing video Hardwick posted, it’s probably no surprise that people had all kinds of things to say about it. Many thought the video meant Tommy and Ghost are back on the same team since Tommy tried to kill Hardwick’s character at the end of season five.

“Their back together!! 😍,” another person added.

You can check out the dancing video below.