Todd Tucker looked like a brand new man as he stepped out with wife Kandi Burruss for New Year’s Eve.

The co-founder of Old Lady Gang dressed in a suave suit as he posed alongside Burruss, who kept her hair in a simple bob and wore a shimmery multi-colored dress. 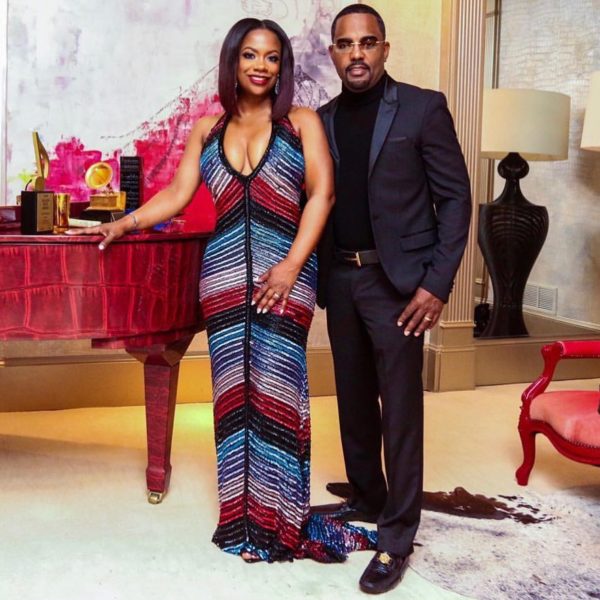 Several fans remarked on how Tucker ditched the beard he sported when he went to the UNCF Mayor’s Masked Ball earlier this fall in favor of a low-shaved goatee. It made him look much more debonair.

“@iph0neshawtyyy Todd looks like Martin Lawrence back in the Bad Boys days.”

Others couldn’t even recognize him.

“Who is that young Man you with Kandi??? I’m telling Todd!!”

Tucker’s come-up with his looks comes after an episode of “RHOA” that aired Dec. 30 showing Burruss confronting her mother, Mama Joyce, about her renewed tension with her husband.

While chatting with Porsha Williams last year, Joyce said of Tucker that Burruss “took a lemon and made lemonade.”

When addressing how upset the remark made Tucker, Mama Joyce told Burruss, “I meant it as a compliment.”

Burruss, who noted Tucker was making six figures, explained her mom’s comment was a backhanded compliment. Then, Joyce exclaimed, “well, he wasn’t hot before he got with you.”

The pair visited with Tucker later in the episode, and Joyce was able to explain she had no ill-will against him. Instead, she said she was touched by the fact that Tucker took in Burruss’ teenage daughter Riley Burruss as his own.

“I just hope y’all will be together forever, loving each other and being the best partners y’all can possibly be because y’all got it going on,” Mama Joyce admitted.

The apology put the family back on track to being a happy one after Mama Joyce previously claimed Tucker was an opportunist even after he wed Burruss in 2014.

‘She Just Got Back Cool with Kandi’: Tamar Braxton May Have Just Severed a Newly Repaired Relationship with Kandi Burruss