Safaree Samuels sure made a power move, and he wanted to share it with all of his social media followers.

The former hypeman and current reality star just bought his very first house, and in a video he talked about some of the struggles he’s endured up until now. 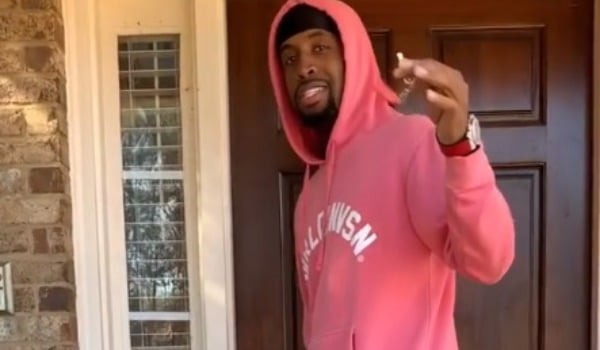 “It’s Christmas eve. I just got the keys to my first house,” said Safaree, who sounded pretty excited. “God is good. Trust the process. This time a couple of years ago I was renting a room at an Airbnb at somebody else’s crib. Hard work, prayer, dedication, not taking no for an answer, now I can’t even touch the ceilings. Sky’s still the limit, though.”

Safaree also had a message for those still pursuing their dreams but feeling like things aren’t going well so they might as well quit. He also shared a few details of the new home and admitted it’s bigger than it really needs to be considering it’s just him.

“Don’t give up. Don’t stop working. Keep going for everything you want in life,” the New York rapper advised. “I got a big-ass backyard. I got more space than I need.”

He also wrote a few words in the caption space of the video.

“Trust the process. Pray and stay positive through it all! Few years ago I lived in an Airbnb in la, 7 bedrms later I’m here! I never let the down times get me down! My faith too strong I don’t do people wrong and I protect my energy at all times! Merry Christmas world!.”

You can check out some of the new house below.

‘Is the Baby’s Name Margie?: Safaree Samuels Fans Try to Decipher His and Erica’s Daughter’s Name After He Says It on Camera ‘Why You Won’t Show the Baby?’: Safaree Samuels’ Snapshot with His Daughter Goes South When Folks Ask to See Her Face ‘Get Down’: Safaree Leaves Fans In Tears When He Tries to Change the Lightbulb While Climbing This