You can score a huge victory for social media star and Crayon Case creator Raynell Steward, aka, Supa Cent.

On Sunday (Dec. 17) Steward and Jesseca Dupart, the owner of Kaleidoscope Hair Products, hosted their first #NolaChristmas toy giveaway at the Mercedes Benz Superdome, and to say the event was a success would be a vast understatement. 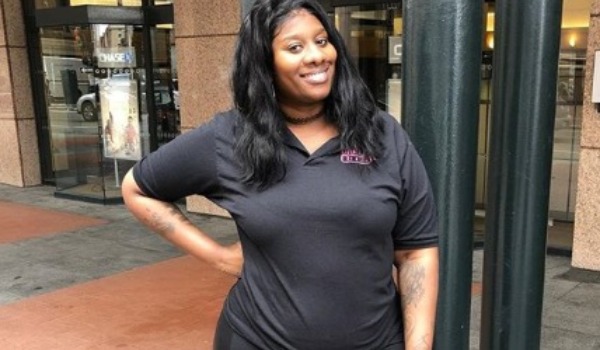 Not only was there a huge turnout, Steward broke a Guinness World Record by collecting 5,019 toys in one hour, which broke the previous record of 3,000 toys in an hour established in Hong Kong.

Dupart shared a video of the women being told they broke the record, which made Steward weep. Steward also received a plaque from the New Orleans Police Department, which she acknowledged in a funny Instagram message.

“Police never game me nothing but charges so you know I’m bucked,” she wrote next to a photo of the plaque.

Steward’s fan’s were also happy about the news and called the social media celeb and businesswoman a true hero.

“This is far past beautiful,” someone wrote. “Y’all are so motivational and goals AF.”

“Ya’ll are breaking records and overcoming obstacles that have never been met,” wrote another. “I respect y’all.”

And if Steward didn’t do enough good on that day, she also gave the volunteers all of the left over toys. One of those volunteers posted a video of a huge bag she received and said her Christmas shopping was done there and then.

“Shouts out to Sup,” she said. “We ain’t gotta buy nothing else.”

You can see a clip of Steward being told she broke the world record below.

🥺😥 welp words can’t explain …. to break a WORLD record for philanthropy is an amazing feeling. And then to share it with your best friend 🥺🥺 @supa_cent WE DID IT ‼️ YOU ARE LOOKING AT THE NEW HOLDERS OF THE WORLD RECORD OF THE MOST TOYS DONATED IN AN HOUR ….5019 TO BE EXACT #neworleans #superdome #nolabigchristmas