Singer Keyshia Cole took a stroll down memory lane for “Throwback Thursday” after sharing a sweet post of she and her eight-year-old son from a few years ago.

Cole’s only child Daniel Gibson Jr., is the apple of her eye. She welcomed DJ in 2010 with her ex-husband Bobbie Gibson before they tied the know in May 2011. Cole and her ex-husband finalized their divorce during season 4 of  “Love and Hip Hop: Hollywood“, but remain co-parents to their son. 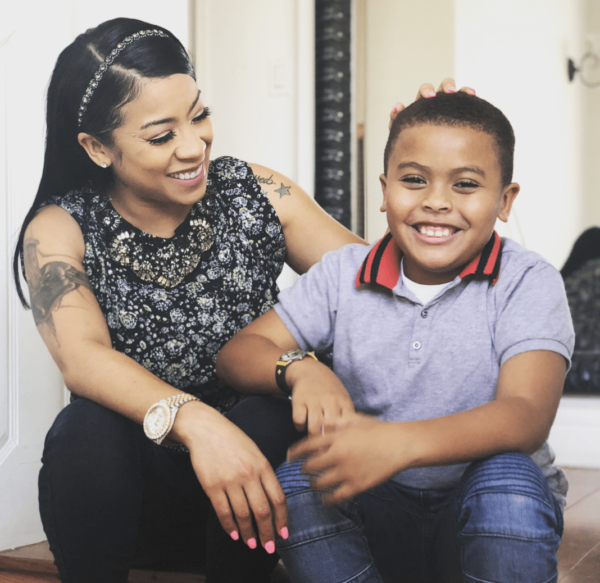 The “I Remember” singer took to Instagram yesterday afternoon and reflected back on an old recording of her now eight-year-old of when he was smaller. In the video, DJ pointed to drawing of his mommy with a black heart plastered on her arm and asked what she was doing with her heart to which Cole responded, “You’re not old enough.”

The singer’s moment with her son turned into a sweet post.

Fans fawned over the adorable video of DJ and bombarded Cole’s comments with heartfelt messages.

“Aww he really want to know 😂 Keyshia you are the best mom in the world.”

Cole’s son turned eight years old in March and of course, the mother of one sent him the sweetest message on his special day.

“Happy Birthday to my angel on [earth] OMG!” she wrote. “I love you with ALL MY HEART.”