Tiny Harris recently made a little joke about women not having to shave their legs back in the ’90s era. Some fans agreed, and others thought she got it all wrong.

On Sunday, Harris shared a photo of herself, Kandi Burruss and Latocha Scott from the early 1990s. In her caption she wrote, “3 out of 4 Xscape girls.. when hairy legs was in!! These shoes tho😩 #GoodOldDays #SoSoDef25AnniversaryTour #AtlantaTonight #StateFarm 👑🖤🗝.” 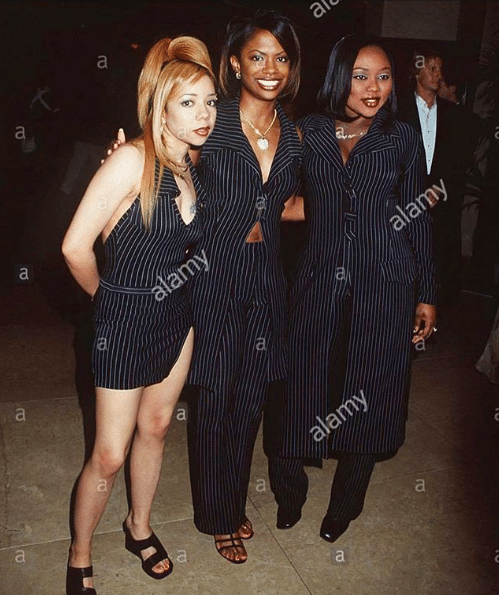 The debate between fans started about if it was socially acceptable for women to have hair on their legs. Some fans agreed that it was OK to not shave your legs.

“People weren’t worried so much about shaving is what she is saying. And thats the truth… I remember. Now its all about perfection which isn’t a such thing. But now I do shave and wax my! But I remember because we weren’t worried about it so much back then lol!”

“Hairy legs was definitely a thing!!! My mom used to brag on my big sister cause she was pretty this with hairy legs!!”

“The comments of everyone 25 and under are hilarious. Yes shaving legs is NEW. Ask your mom at least a black mom smh.”

But Harris did have fans that responded by saying shaving legs was always in vogue.

“Hairy legs were never in unless you had a man that loved them!”

“Tiny when were hairy legs in? Love yall tho!”

“Since when were having hairy legs in?”

Harris also mentioned in her caption about the “So So Def 25th Anniversary” tour. The tour kicked off in Atlanta Sunday night.

‘He Has Not Only Done This to Us But to Other Black Influencers’: T.I. and Tiny Sue Toymaker for Trademark Infringement After Likenesses of OMG Girlz Group Was Used for Multiple Doll Lines