“The Real Housewives of Atlanta” star Shereé Whitfield seems to have confirmed she and Tyrone Gilliams are no longer an item.

The confirmed former peach holder on Monday night held a Q&A on her Instagram Story where some fans wondered about her relationship status. One of the first questions directly asked about Gilliams, who is in federal prison after being convicted of wire fraud schemes. And after his early release was denied, he won’t be released until November 2022.

Gilliams was sentenced in 2013 to ten years in prison for an intricate Ponzi scheme that led investors to lose around $5 million. Federal documents obtained by Radar Online revealed Gilliams tried to have his sentence reduced on the grounds that he wasn’t the “leader” in his scheme. Additionally, he argued the government “improperly withheld” evidence and cited an “ineffective” counsel in his case.

However, a New York judged declined the offer earlier this year, saying Gilliams failed to provide new sources of proof.

“Are you dating Tyrone still or u dating someone else?” a fan asked. 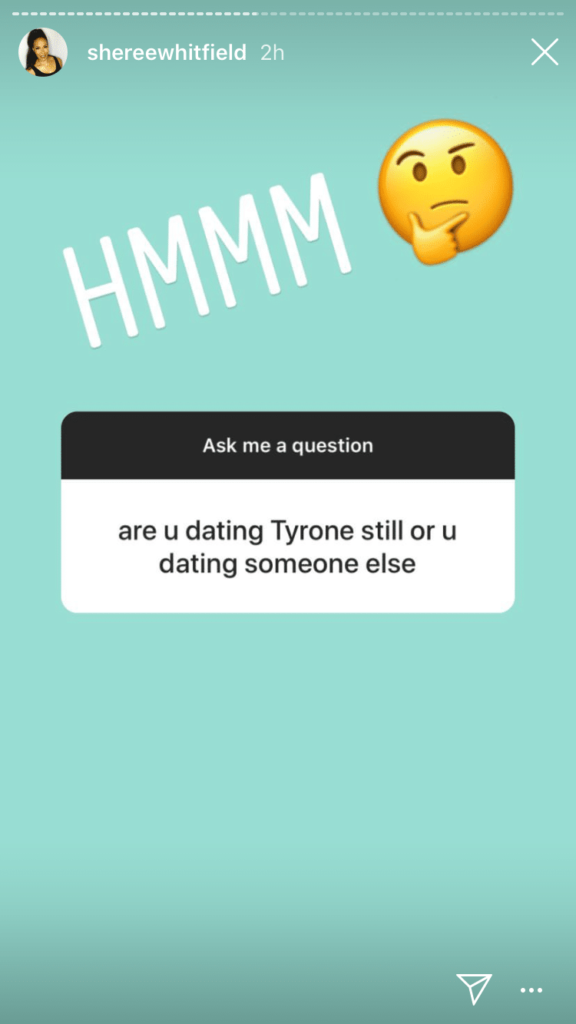 As for the prospect of Whitfield and Williams getting married, the author said she’s “not married yet.” It’s a marked turn for the star, who had hoped to have her prison bae be released early this year. On the last season of RHOA, Whitfield rung him up to chat when he told her about his plans to make things “real” once he got out. They even discussed having a destination wedding with all their friends and family and Gilliams moving into Chateau Shereé. Even still, Whitfield may have indicated a while ago that she and Gilliams were no longer seeing one another. On an Instagram post earlier this month, Whitfield said she knew her worth even if her possible ex-boyfriend did not.