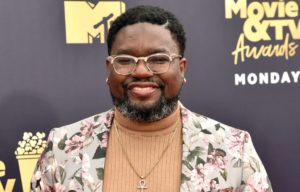 Lil Rel Howery is doing what it takes to support Black media at a time when it’s become apparent that such press doesn’t typically get the time of day.

During the MTV Movie & TV Awards Saturday, the “Get Out” actor gave Black journalists on the red carpet preferential treatment before working his way back to white outlets. It was his way of shining a light on the issue of Black media being placed all the way at the end of the carpet and typically being ignored by stars and their agents.

“I want to start with the people who are actually supporting me, have supported me and will actually put the content out there,” he told the Los Angeles Times Friday, June 15 ahead of the weekend ceremony. “Then, I’ll talk to everyone else, but that’s who I’m going to start with first.”

Howery’s stance comes amid a Global Grind deputy editor putting the issue on the forefront.

“So I was at the @AtlantaFX Emmy FYC carpet in L.A. last week, very small, intimate carpet,” @eleven8 tweeted June 11. “Instantly I noticed something tho… All the Black media was at the end of the carpet. and by ALL I mean literally THREE of us.

“Who was at the beginning of the carpet? Entertainment Tonight, Extra, Variety, Hollywood Reporter, you know… THOSE types. Now, I’m thinking hey, @AtlantaFX is BLACK AF & this carpet is short, we’re going to get to talk to all the stars, right? WRONG!” she added.

They'd stop and chat with @Variety and @THR, share a few laughs, look up and see my black face and pretend I didn't exist. It was quite interesting.

Coincidentally, Howery had just discussed that same issue at a panel with the National Association of Black Journalists. The talk influenced his choice to focus on Black red carpet media.

“Some of us Black stars forget what was sitting on that little table when we were growing up,” he said of magazines like Jet, Essence and Ebony. “That was how we knew who was who, but we seem to have forgot that. I don’t know what’s going to happen, but I just want fairness.”

Howery, who stars in the comedy “Uncle Drew,” said he hopes the red carpet for the show’s premiere is more mixed.

“Because if [they don’t mix it up], I’m going to walk past everyone and start at the end and work my way up, because I think it’s unfair,” he said.

“You cannot see a problem and not address it with some revolutionary tactics,” she says.

I CAN SHOW U BETTER THAN I CAN TELL U! 😏THERE ARE VERY FEW WARRIORS!!💯💯💯 WATCH THIS! #wereptheillest🍾🎉🍾 #theazizaworkgroup #itsallaboutthework #uncledrewjune29 Lil Rel Explains Why He Never Liked R. Kelly, Even Before the Misconduct Allegations

What? Lil Rel Fights for Custody of Son After Learning Child’s Mother is Married