New Orleans native “Wuzzam Supa” became a big hit on the Internet and is now making boss moves, but she recalls the struggles she had to face before her social media stardom.

Raynell “Supa” Steward worked as a waitress and housekeeper for years before cashing in on her passion.

The Louisiana woman managed to turn her viral videos into a source of income. Steward believed in herself, stepped out on faith and launched her very own cosmetic line “The Crayon Case” which includes a variety of eye-shadow and lipstick shades.

The entrepreneur now employs 20 staff members at a space in East New Orleans. One of the employees said “Supa” deserves every bit of her success.

“When she had nothing, [she] always putting somebody before herself and that’s why she so blessed.”

Steward shared words of encouragement to those who may be facing similar obstacles.

“Don’t hate on yourself. Along your journey, many people are going to tell you what you can’t do and what you shouldn’t do,” she said. “Don’t be that person to yourself.”

The social star told folks to turn their “passion into money.” 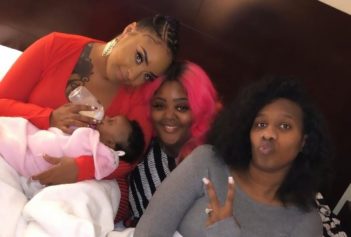