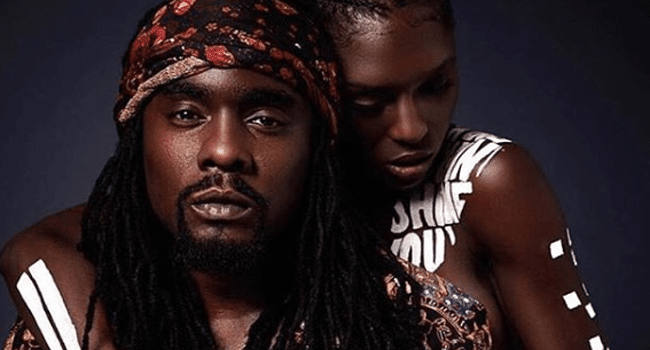 Wale has often expressed frustration about his place in the rap game.

For years now, the DMV rhymer has complained about not being mentioned in the same breath as people like Kendrick Lamar, J. Cole and other rappers who are considered top-tier lyricists. Plus, more than once he’s lashed out at the media and really let his anger fly.

On Wednesday (May 2), during a fan Q&A, the MMG rapper was asked if those past outbursts have contributed to his music not getting more attention. The rapper said yes but also stated that his skin color and African roots hurt him. Wale’s family is from Nigeria, which he often talks about and it’s a definite part of his brand.

“Do you think your expressive passion for the music hurt/prevent you from being mentioned with the rest in your class?” the fan asked.

“It hurt me greatly,” Wale answered. “Also, me being dark skinned (not half white) rapper, direct descent from Africa did too. But let’s not go there.”

It hurt me greatly . Also me being a dark skinned (not half white) rapper direct decent from Africa did too .. but let’s not go there 🙃 https://t.co/L0V4NQFfpg

Some might say it’s not hard to gather that Wale was talking about Drake, J. Cole and Logic since they’re all biracial and have amassed incredible sales numbers with a lot of critical acclaim.

After Wale’s tweet, some gave him immediate support and encouraged him to keep talking about colorism in hip-hop.

“I know they don’t want you to go there, but colorism is real in hip-hop, rap music and pop culture in general. Speak your truth,” one person wrote. “We need to hear from brothers like you in the rap music industry and what you’ve dealt with.”

“I’ve been saying this for years,” another person tweeted. “I wish Wale got the recognition he deserves in the rap game.”

But there were others who said the 33-year-old’s comment about colorism is way off, and his music just isn’t as good as his peers. A lot of folks also brought up several non-biracial, darker skinned rappers who’ve achieved tons of critical and commercial success.

“Or they just make better music,” one person tweeted. “Please do not cosign his stupidity. Lil Wayne and Kendrick blacker than everybody and they did just fine.”

“50 Cent and Outkast have diamond albums,” someone else wrote. “There is no rule.”

A lot of times when colorism is brought up in hip-hop, the discussion surrounds how it affects female rappers or how lighter skinned women usually get selected for videos and  jobs over darker skinned women. But rarely are male rappers included in that conversation, however, it’s something J. Cole talked about years ago.

“Those mental chains are still in us,” he said in 2013. “That brainwashing that tells us that light skin is better, it’s subconsciously in us, whether we know it or not — still pursuing light skin women.”

“There are some women out there that are like ‘I don’t even like light skin men’ and that’s fine,” added Cole. “But Barack Obama would not be President if he were dark skin. That’s just the truth. I might not be as successful as I am now if I was dark skin. So I can only naturally assume it’s probably easier for a light skin male rapper than it might be for a dark skin male rapper.”

You can see some of the responses to Wale’s tweet below.

I know they you don’t want to go there but colorism is real in hip hop, rap music, and pop culture in general.

Speak your truth. We need to hear from brothers like you in the rap music industry and what you’ve dealt with.

I want to hear more about this. It seems like you are implying something very interesting…don’t wanna jump to conclusions though.

There have been/are plenty artists that are your color that have killed. I think you complaining about everything plays a role in your lack of spins, streams, etc. You’re dope, but ppl are seemingly not listening to you because of your complaints about them not listening to you.

Kendrick is dark though

Kendrick is the exception not the rule.

‘If Extra Was a Bride, It’d Be Me’: Porsha Williams and Simon Guobadia Are Officially Married, Everything You Need to Know About the Lavish Seven-Gown Event

‘I Hope Cory Has Love and Support’: Tia Mowry’s Holiday Video with Her Family Goes Left When Fans Bring Up Cory