.@oldmanebro had a conversation with Kanye West following his tweet storm. #EbroinTheMorning

Kanye’s feelings for the president was shared by Hot 97 host Ebro Darden, who got into an argument with him over the phone.

“I do love Donald Trump,” Ebro claimed the rapper said to him.

The back-and-forth between Ye and the radio host started when Ebro blasted him for his political views. Ebro accused the GOOD Music founder of being out of touch because he spends much of his time around rich people in Calabasas, Calif. But Kanye said that he’s mindful of the current problems in the U.S. and in the past tried to fix some of the issues in his hometown of Chicago.

“Nobody is fixing what’s going on in Chicago,” Ebro claimed Kanye said. “I reached out to Obama for years and couldn’t get anything done and Trump gave me a meeting.”

The meeting Ebro referenced happened in December of 2016 at New York City’s Trump Tower, which Kanye caught a lot of backlash for. But the New York host said that Trump just “played” the rapper and didn’t give him a real sit-down.

“This is who Kanye has been the entire time,” said Ebro about Ye’s political co-signs. “Selfish, trolly, materialistic and self-important.”

But at the same time the radio host was blasting Kanye for his messages, Scott Adams, the creator of the comic strip “Dilbert” and a staunch Donald Trump supporter, was praising him. In fact, Adams said the “College Dropout” rapper is turning back the clock when people had free thought.

“[Kanye] knows history doesn’t repeat. He’s not a prisoner of the mind,” he said on video. “Kanye, in seven words, unlocked a mental prison and is bringing you to the Golden Age.”

The Chicago native was pleased with Adam’s praise of him and posted some of his video to his own social media page. Kanye also sent some additional tweets after seeing Adam’s clip as well.

new ideas will no longer be condemned by the masses. We are on the frontier of massive change. Starting from breaking out of our mental prisons.

Donald Glover is a free thinker 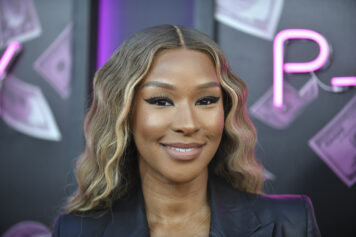