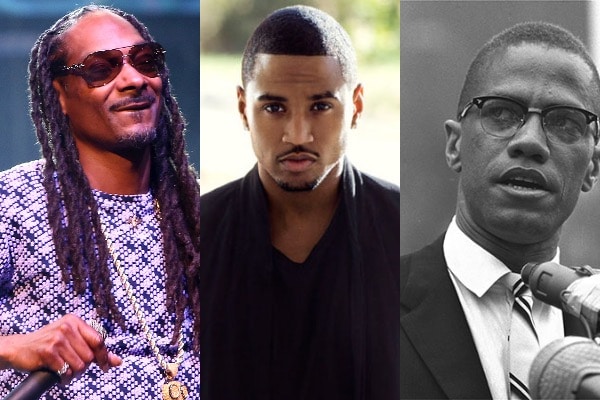 Today Marks the Anniversary of Malcom X’s Assassination: Malcolm X was assassinated in New York 53 years ago today. He was supposed to give a speech at the Audubon Ballroom in New York on Feb. 21, 1965 when he was fatally shot.

Oprah and Steven Spielberg Donate to Florida Shooting Survivors ‘March for Our Lives:’ The victims of the Florida school shooting massacre are planning a rally in Washington D.C. in March.  Oprah and Steven Spielberg following George Clooney decided to donate to their cause. Oprah tweeted “George and Amal, I couldn’t agree with you more. I am joining forces with you and will match your $500,000 donation…These inspiring young people remind me of the Freedom Riders of the 60s who also said we’ve had ENOUGH and our voices will be heard.”

Snoop Dog Helps a Women Whose Car Broke Down on the Freeway: Snoop Dog was on his way to the All-Star game on Sunday and saw a women’s car stalled on the highway. She was calling her brother to come help when she saw Snoop offer to help push her car out of the way. Later she was invited to sit court side with the rapper during the game.

Trey Songz Accused of Slapping a Woman: During All-Star game weekend a woman said Trey Songz hit her in the face for talking to another man. The L.A City Attorney will determine if they will charge the singer.

Texas School District Threatens to Suspend Students Protesting Gun Violence: Superintendent of the Texas School District is warning students that if they continue to protest gun violence, the will be suspended. Needville ISD Superintendent Curtis Rhodes said, “every choice has a consequence whether it be positive or negative… We will discipline no matter if it is one, fifty, or five hundred students involved.”