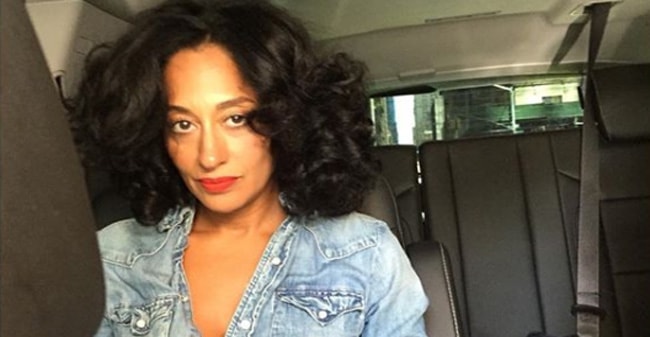 When you think about the life of a celebrity, it’s easy to paint your own mental picture.

You may say to yourself, “Celebs probably spend a lot of their time hobnobbing with their famous friends, and everyone sits around and talks about how wonderful success is.”

But that’s not always the case because some have said they lack true friendships and often feel lonely. In fact, it’s something that A Tribe Called Quest’s Q-Tip admitted on the song “Melatonin” from the group’s latest album.

“The sun is up, but I feel down again / On just one hand I can count all my friends,” he rhymes.

So if a famous rapper from a legendary group doesn’t have a whole bunch of friends and he feels lonely, it’s probably even easier for the everyday person to feel the same — considering your average person doesn’t have millions of adoring fans to make him feel wanted.

Perhaps a commonality between celebrities and non-celebs feeling isolated has to do with getting older and people moving on to different areas of life.

That could be happening to Tracee Ellis-Ross, who said she felt lonely during a recent interview with Glamour, despite being on a hit TV show with “Black-ish, having countless fans and a career that’s been ascending since her series “Girlfriends” aired.

“The key is you ask yourself, ‘What do I need right now?’” she explained. “I’ve cultivated a relationship with myself where I know I have choices … I have a toolbox of ways I can find support; journaling is helpful or meditation … I have had to really make friends with loneliness and know the difference between choice-ful solitude and lonely. [I find comfort in] being able to name it, to say ‘I’m feeling lonely,’ then to have a tribe of people I feel safe enough with to share.”

The fact that Ellis even has a tribe may put her in a better position than others who feel lonely, since most have probably noticed that their circle of friends has diminished over the years.

With the “Black-ish” star being 45 years of age, experts say it’s actually normal for her to have fewer friends and feel disconnected.

In fact, researchers at Aalto University and the University of Oxford found that most people start to lose friends by their mid-20s, and it has largely to do with people wanting to meet their mates and start a family.

The researchers also found that people start to hone in on those closer relationships by their mid-20s and do away with those that don’t mesh with their lives seamlessly.

“Once you’ve made decisions and found the appropriate people, you can be much less socially promiscuous and invest your time in these people,” said co-author of the study Robin Dunbar.

Mary Paul, the author of “The Friendship Crisis: Finding, Making and Keeping Friends When You’re Not a Kid Anymore,” said more or less the same thing.

“The bar is higher than when we were younger, and we’re willing to meet almost anyone for a margarita” she told The New York Times.

Trace Ellis Ross On How Her Famous Mother Influenced Her

So the question is, how do you meet new people when you’re an adult, a little more settled and possibly less willing to put yourself out there?

A lot of experts say joining a group is a good start, like a book club, gym or some sort of gathering that meets routinely. That way you’re able to see people on a regular basis, which is key when you’re trying to establish a new friendship.

Plus, by joining a group you don’t have to go through the added pressure of trying to figure out what to do, say experts, because the schedule and plans will already be laid out.

“In my anecdotal research, women say they need six to eight interactions together before they feel safe calling someone a friend,” said friendship expert Shasta Nelson while speaking to The Washington Post. “When we get out of school, one of the biggest mistakes we make is thinking we need to go out and meet new people. It’s less about finding the right people and more about practicing [good social habits] with the people we’re meeting.”

Video blogger Lexi Darcel, who helps people transition from college life to adulthood, said it’s key to leave your comfort zone when trying to meet new friends and you may have to initiate the conversation.

“It can be a little bit scary, but if you are in a space where you’re sharing common interest with someone, chances are you guys will be able to vibe out a little bit and it may be a little bit easier than say introducing yourself to someone you just met randomly on the street.”

Another blogger, Breonna Queen, who also gives advice on how to make friends in adulthood, says she’s joined sites like Meetup.com and GirlfriendsSocial.com and made connections that way.

Other platforms that help you form friendships include Patook, FriendMatch.com, Skout and Me3.

In addition, experts say getting older is the perfect time to reach out to past friends and re-establish whatever connection you had initially. Because who knows? Maybe things have come full circle and you’ve both arrived at the same place in life again.