Mary J. Blige can’t rid herself of drama with her husband. The singer filed for divorce from Martin “Kendu” Issacs nearly two years ago and the split has continued to get ugly. Now, he claims it has affected his health.

Documents obtained by The Blast claim Issacs “has experienced physical manifestations of stress and emotional distress from this matter, which has caused him to become hospitalized.”

Other details surrounding the filing are scant. But what is clear is that Issacs isn’t satisfied with the current spousal support he’s getting from Blige.

The singer’s former manager claimed he’s become “unemployable,” and that paying rent has become “impossible.” Without Blige, Issacs claims, he would be “destitute.”

Celebrity Break-ups: Angela Simmons and Tamar Braxton Find the Strength to Walk Away

Another Celebrity Split: What We Can Learn From JHud’s Broken Engagement

The requests for increases of up to $65,000 monthly have been shut down in court and Twitter users believe Issacs doesn’t deserve a dime.

Mary J. Blige's husband cheated on her and abused his access to her money while they were married. He doesn't deserve a cent.

Mary J Blige ex husband is a B.A.N!!! If You such a boss, get a job…. stop pulling money from this lady! #YouBum 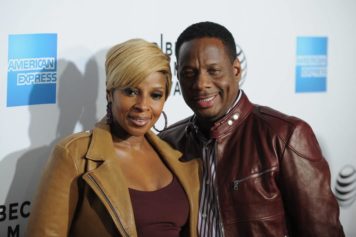