1 week postpartum 💪🏽 I gained a total of 22 lbs during my entire pregnancy. With the help from nursing along with training, & eating well during my pregnancy i must say it was all belly weight. 😜 I remained stress/drama free & kept positive energy around me on a regular basis..for the sake of my health & Zo’s. I say this to say I’m super proud of the progress that I’m making to get back on my feet taking it one day at a time..baby is good, life is good! 😊 #WCW #TheNaturalWay

It took no time for Kevin Hart’s wife Eniko Parrish to bounce back into shape after giving birth.

Parrish looked slim as she struck a pose on Instagram Wednesday, Nov. 29. Just two weeks ago, Parrish was ready for her son to be born.

“I know you’re quite comfy and warm in there…but it’s time!” she wrote Sunday, Nov. 19.

dear kenzo,🦋 you’re now 40 weeks, and 3 days past your due date! i know you’re quite comfy and warm in there..but it’s time! 🤗 even though we don’t have any control over when you decide to make your debut we just want u to know that we are ready for you any day now baby boy, it’s time to meet your parents! We love you.. 👶🏽♥ #SpeakitintoExistence ✨ #AllOnGodsTiming #HappySunday🙏🏽

The model attributed her 22-pound slim down to keeping her stress low, eating well, working out and breastfeeding.

“Celebrity women are always in the public eye, so it’s very important that they bounce back as quickly as possible from their pregnancy,” celebrity trainer and fitness expert Gee Bryant told Atlanta Black Star. While Bryant has never trained Eniko, he said “many celebrities hire top trainers, nutritionists, and chefs to help them reach their goals. For the celebrities who don’t, some may have been living a healthy lifestyle, so snapping back into a routine after their doctor’s clearance is a breeze.”

The comments section was lit up with adoring remarks about Parrish’s almost-instant snapback.

But of course, there was one Negative Nancy.

Still, Hart’s better half has been photographed hitting the gym throughout her pregnancy. She also documented her workouts on Instagram, which she continued at least until her eighth month of pregnancy.

#MommyToBe🤰🏽 #MondayMotivation 💪🏽 #36weeksAndCounting👶🏽 Zo loves it! he be in there just kicking away. lol 😉

“When your line of business is heavily focused on your appearance, you will find a way to get back to normal,” Bryant said.

Yet, the Atlanta-based gym owner says it’s not impossible for everyday women to slim down in a similar fashion.

Eniko Parrish In the News

“If you’re not a celebrity or don’t have access to some of the resources to snap back you still can by following these keys: portion control, consistent activity and keeping a positive mindset,” Bryant said. “Eat five to six small meals a day, that includes lean protein, a good amount of vegetables, grains, and fresh fruit. Try running or jogging three to four times a week for 30 minutes along with light strength training a couple times a week.

“Hire a trainer if you can,” he continued. “Having a professional map out a plan, that pushes you to get there makes all the difference. Lastly, your mindset and commitment will be the most important part of all this. If you don’t believe you can snap back then you won’t. The body won’t go where the mind won’t let it. You have to make an unbreakable resolution to get back to the shape you were in before your pregnancy or let it motivate it you to be even better!” 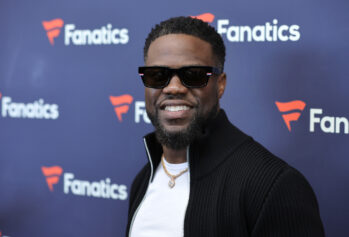