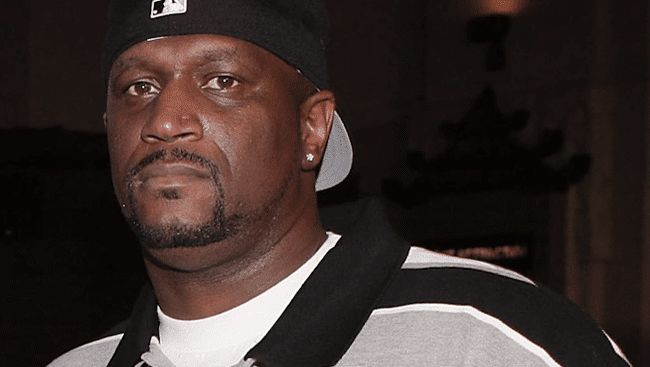 Anthony “Top Dawg” Tiffith, the founder of arguably one of the most successful independent hip-hop labels in the music industry, recently sat down for an interview with Billboard.

His flagship artist and clearly one of the biggest rappers in the world, Kendrick Lamar, joined him.

While the “DAMN.” rapper often speaks to the press, especially during album promotion time, Tiffith rarely gives interviews or talks about his life before music.

But this time, he spoke about growing up in the Watts neighborhood of Los Angeles during the turbulent ’70s, ’80s and ’90s and how he went from life on the streets to opening a home studio for local rappers.

Tiffith also talked about meeting the first artist he signed, Jay Rock, who’s put out critically acclaimed albums such his 2011 debut “Follow Me Home” and 2015’s “90059.”

“Me being in the streets all my life, I judge people pretty good,” said Tiffith. “Jay Rock is from my ‘hood, Nickerson Gardens. I was chasing him around and he hides, thinking I’m trying to discipline him about some bulls—. I finally catch him while he was getting a haircut: ‘Yo, you rap. I’m trying to do this sh–.'”

Tiffith, along with the help of co-president Dave Free, started the West Coast-based label in 2004 and based on Nielsen Music sales and streaming numbers, TDE has secured 4.72 percent of R&B and hip-hop’s market share.

Besides Lamar and Rock, the label also has artists like Schoolboy Q, whose albums were both a critical and commercial success. Plus, Ab Soul, who’s also on the label, has established nothing short of a cult following, while SZA’s “Ctrl” album is one of the most buzzed about LPs of the year.

But with all of that success, Tiffith said he still gets compared to former Death Row Records co-founder Suge Knight, which is something he seems to resent.

“Have you seen any of his qualities in me?” asked Tiffith after the Knight comparison came up. “You’re not seeing me go crazy, beating on anybody, arrested every week. If they were talking about success, I would’ve been cool with that because he had great success. But they judge us brothers like that. They put us all in the same box.”

In another part of the interview, Tiffith explained why he decided to open up that home studio in the first place. It had to do with his uncle Mike Concepcion, who turned from a gang leader to a community activist with the help of music.

In fact, Concepcion was responsible for putting together the 1990 anti-violence song “We’re All in the Same Gang.”

As for Lamar, he said that Tiffith’s guidance saved him and if it wasn’t for the TDE boss, the rapper wouldn’t’ know how to handle all of the money and success he’s attained.

“You don’t get too many people like him this side of the neighborhood,” the rapper explained. “A lot of motherf—– want to see you down just like them. Or don’t want you to come up like them. If it weren’t for him, I’d probably be sitting around with this motherf—— money and face and platform and not doing sh– because I didn’t have the proper guidance to know exactly what to do and how to inspire the next kid.”

Apparently, folks on Twitter were inspired after reading about Tiffith’s come up.

Great story! InspirIng hearIng abt their early days and their hunger and persistence

Kudos to Kendrick Lamar and Anthony Tiffith for refusing to play into race-based stereotypes of Black male rappers.

I LOVE THEIR VISION